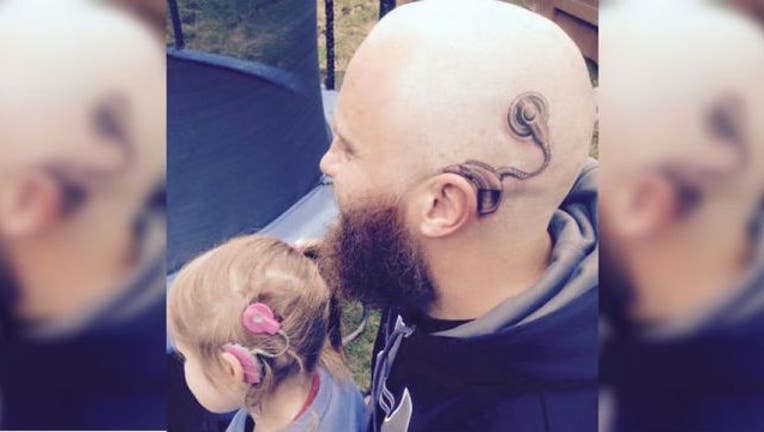 Alistair Campbell, of Taupo, New Zealand, shaved his head completely and got the tattoo to show support for his daughter Charlotte, 6, who received her first implant at age 4.  Charlotte recently had her second cochlear implant put in.

The New Zealand Herald reported that after Charlotte saw her dad’s version of a cochlear implant, she giggled, touched it, and told him it was “cool.”

Alistair told the newspaper that he would be growing his hair back, but would shave it to show off the tattoo for special occasions or if his daughter wanted to see it.