Washington, D.C., Police Chief Robert Contee said the dead on Wednesday included a woman who was shot by the U.S. Capitol Police, as well as three others who died in "medical emergencies." 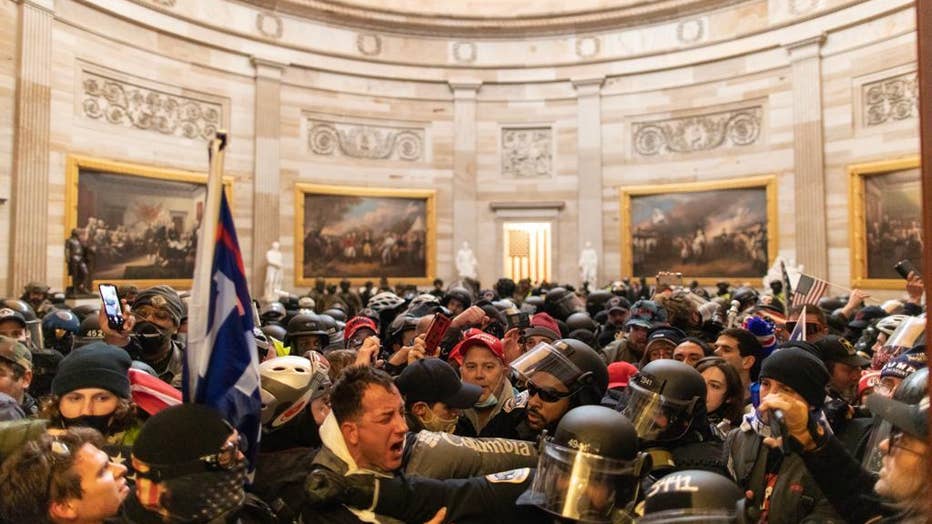 Police said both law enforcement and Trump supporters deployed chemical irritants during the hourslong occupation of the Capitol building before it was cleared Wednesday evening by law enforcement.

There were 52 arrests police said, adding that nearly 50,000 people had attended the event.

The woman was shot earlier Wednesday as the mob tried to break through a barricaded door in the Capitol where police were armed on the other side. She was hospitalized with a gunshot wound and later died.

Police found a cooler from a vehicle that had a long gun and Molotov cocktail on Capitol grounds.

Angry supporters of President Donald Trump stormed the U.S. Capitol on Wednesday in a chaotic protest aimed at thwarting a peaceful transfer of power, forcing lawmakers to be rushed from the building and interrupting challenges to Joe Biden's Electoral College victory.

Congress returned later Wednesday to resume their proceedings after the Capitol was cleared by law enforcement.