The city of Dearborn Heights is considering buying houses and tearing them down as part of a plan to stop flooding.

DEARBORN HEIGHTS, Mich. - Dearborn Heights is in the final stages of demolishing another four homes in an area known for flooding and plans to turn the space into green infrastructure that can buffer communities from rising waters.

The homes are located in the Ecorse Creek flood zone, which frequently floods after heavy storms roll through.

The Detroit suburb purchased the properties with grant money from the federal government and is part of a larger program to buy up and demolish dozens of different homes. So far, 16 have been torn down.

The city is also looking to buy up and remove 16 more homes that are located on Hanover and Currier Streets, which are some of the area's most notorious flood zones.

Mayor Bill Bazzi emphasized that all purchases made by the city were agreed upon voluntarily by the homeowner.

"This is just one small step in the process to help reduce the inconvenience, pain and suffering experienced by our residents in this area" he said in a statement. "But I’m confident it will make a positive impact for those who truly want to exercise the opportunity to relocate out of this flood zone."

Dearborn Heights has been purchasing the homes under a Federal Emergency Management Agency/Michigan State Police Hazard Mitigation grant, which offers 75% of the structure's purchase price, while the city fronts the remaining 25% cost.

The project started in 2016 with a $4 million grant from FEMA and MSP. The plan was to purchase and demolish 28 homes.

The city plans to turn the green areas into buffer zones that can reduce the amount of water entering basements and homes nearby. The green areas will have natural plant species that can absorb floodwaters without being affected by them. 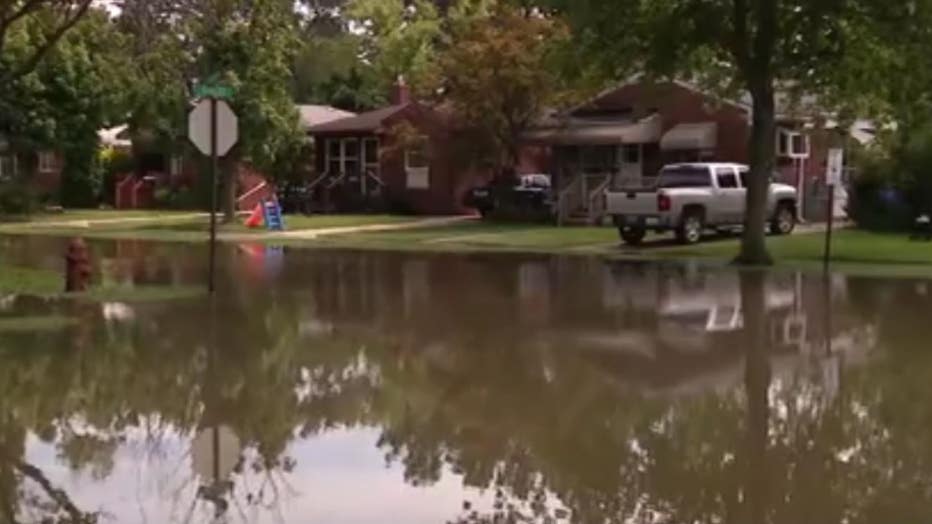