In court Monday for a separate case, 35-year-old Hassan Chokr exposed his backside to a Wayne County judge during a virtual emergency bond motion hearing - and his bond in Wayne County has now been revoked.

FOX 2 (WJBK) - In court Monday for a separate case, 35-year-old Hassan Chokr exposed his backside to a Wayne County judge during a virtual emergency bond motion hearing - and his bond in Wayne County has now been revoked.

Chokr is accused of yelling anti-Semitic comments at a West Bloomfield Temple day-care on Friday. He was in court for a resisting arrest charge in Wayne County when he mooned Judge Regina Thomas.

The Wayne County assistant prosecutor said Chokr was out on bond when the alleged incident outside the daycare happened.

"He posted videos and statements on Instagram where he talks about buying guns and in one of his Instagram posts the defendant says 'Your Jew tactics will only backfire on you, you have no place on this earth, Jew (expletive) Jew mother (expletives). A storm is coming to wipe you all out of our lives,'" the prosecutor said.

At this point Chokr - who refused to acknowledge his name earlier in the hearing and said he "pleads the fifth" became agitated. Chokr began yelling and pointing at the camera during the virtual hearing.

"I want the record to reflect that while the court has muted the defendant's microphone he appears to be yelling and pointing at the camera at the Oakland County Jail," Thomas said. "And now he has removed his pants to show the court his backside."

Attorney Duane Johnson said he wanted to detail Chokjr's defense in the case but the judge stopped him short, questioning the defendant's mental state.

"You can go ahead and make a record, but he seems to be mentally ill quite frankly," Thomas said. "I don't know why anyone would think it is appropriate to pull down his pants and show the court their behind during a court proceeding."

Johnson said that a mental health evaluation "probably would be a good thing" and argued that Chokr was expressing his First Amendment rights of freedom of speech. 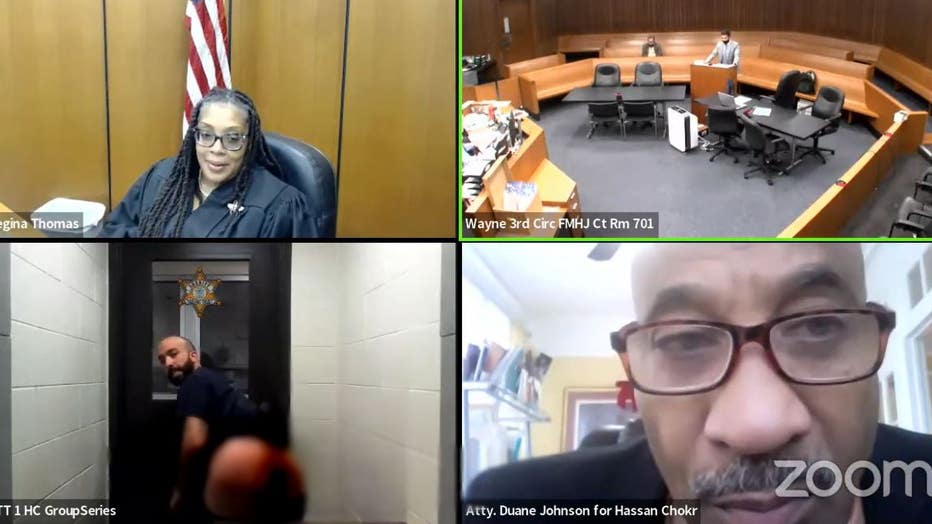 "We are free to say whatever we want to say but we are not free from the consequences," Thomas said. "So if we are doing things that are unsafe and we are infringing on other people's rights, we don't get to do and say anything we want to without the consequences of those actions. That's where your client finds himself today.

"He exercised his right and I am exercising my right to give him a consequence for that. Nothing that any of us do in this life is without consequence."

Hassan Chokr, 35, was pulled over by Bloomfield Township Police Friday after investigators say he was driving through the parking lot at Temple Beth El, a Synagogue – on an anti-Semitic tirade delivered to parents dropping off children at daycare, and security guards who tried to intervene.

The judge spoke about Chokr allegedly going to private property where he harassed women and children, adding the court had concerns about him being in the community. 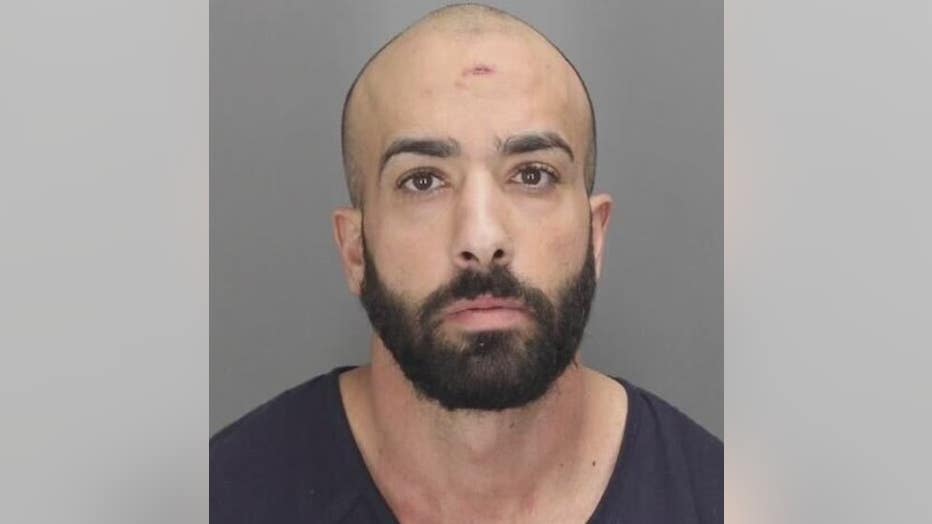