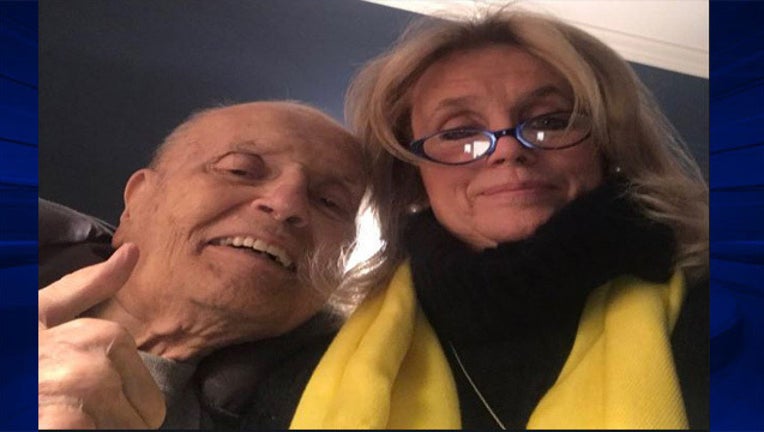 (FOX 2) - Former Rep. John Dingell, who served in Congress longer than anyone in United States history, died Thursday night at the age of 92.

He was a proud World War II veteran, public servant and Michigander. The Democrat was first sworn in as a member of the House in 1955, taking over the seat his father John Dingell, Sr. held for more than two decades. His wife, Debbie, currently holds his seat.

She posted on social media early Friday morning that her "heart is broken." They had been married for nearly 40 years.

"To all our friends. My heart is broken. My true love is gone. The tears are flowing pretty freely as I miss the man that made me whole. One can know it is coming, but nothing prepares you for the hole in your heart. He was my one and only true love. Know he loved everyone of you And was proud to call you friend. D2," her post reads.

Others have shared their sorrow and condolences.

President Barack Obama released a statement in which he and his wife Michelle sent "warm sympathies to Debbie, the entire Dingell family and all the Michiganders and Americans whose lives are better because of his lifetime of service."

Speaker of the House Nancy Pelosi released a statement saying that "Because of his father’s legacy and his own leadership, in 1965, he gaveled Medicare into law. In 2010, it was my privilege to hold that same gavel as we passed the Affordable Care Act."

Former President Bill Clinton tweeted: "For nearly 60 years, John Dingell represented the people of Michigan with honor, integrity & great good humor. There are few major legislative triumphs since 1955 that he didn’t have a key hand in passing. Hillary & I are grateful to have worked with him & called him our friend."

You can see more thoughts and reactions from others here.

John Dingell's political career spans from working in the House Page School from 1938 to 1943 to being one of the chief authors of the Affordable Health Care Act. His passion was public service.

"You never know how long you're going to stay and you just hope that the people keep you around and let you continue your public service," he once said. "We are not important - the job is important."

Dingell served as chairman of the House Energy and Commerce Committee and served under 11 presidents - from Eisenhower to Obama. He helped get the Affordable Care Act passed during his final year in office.

In November of 2014 Dingell was awarded the Presidential Medal of Freedom - the country's highest civilian honor.