Gun violence was at the center of a roundtable discussion hosted by Congresswoman Debbie Dingell (D-Ann Arbor) Wednesday night at the Washtenaw County Learning Resource Center.

"Being born and raised on the south side of Ypsilanti, I hate to say it, but gun violence is almost second nature," said Bryan Foley.

Foley brings a lifetime of perspective to the issue of gun violence prevention as GM of the group Supreme Felons, which works to reduce recidivism. He says the issue is more complex than you might think.

"Having (been) shot at myself, and having a two-shot Derringer being out at my head, and pull the trigger, it gave me a different perspective on why people use guns, what it feels like to be on the other side of a gun," Foley said. "It’s not a good thing to have a gun pointed at you. And it’s not a good thing to point a gun at somebody."

He had a chance to meet with people on all sides of the gun debate, including those supporting reform and diehard Second Amendment folks in Dingell's roundtable in Ann Arbor.

The goal is to break down the walls of one of the country’s most divisive issues finding common ground where ever possible.

"You can read the back of my T-shirt, I am pro-Second Amendment. I am not anti-firearm by any means of the imagination and I don’t want to take away anyone’s firearms that are responsible gun owners," said Jonathon Gold of Giffords Gun Owners for Safety. "By the same token, we have to do something to control what is now an incessant plague of violence.

"Like keeping guns out of the hands of children."

There was no disagreement there from Dingell (D-District 12).

"This wasn’t your typical gun discussion," Dingell said. "It’s what’s the root causes? Why is it happening? Everybody in this room who came from very different perspectives believes we need safe storage. That shouldn’t be a threat. That’s not taking someone’s gun away, it’s just making sure it’s safely stored."

The search for common ground was had with an honest conversation.

"While we did this for a day of action, we’re not going to stop. We are going to formalize all of these different opinions and work together regularly," Dingell said.

It is something Bryan Foley would especially like to see more of in more communities of color.

"The bridge to that, is to sit down and listen to a culture that’s unlike yours, instead of coming in with a preconceived notion," he said. 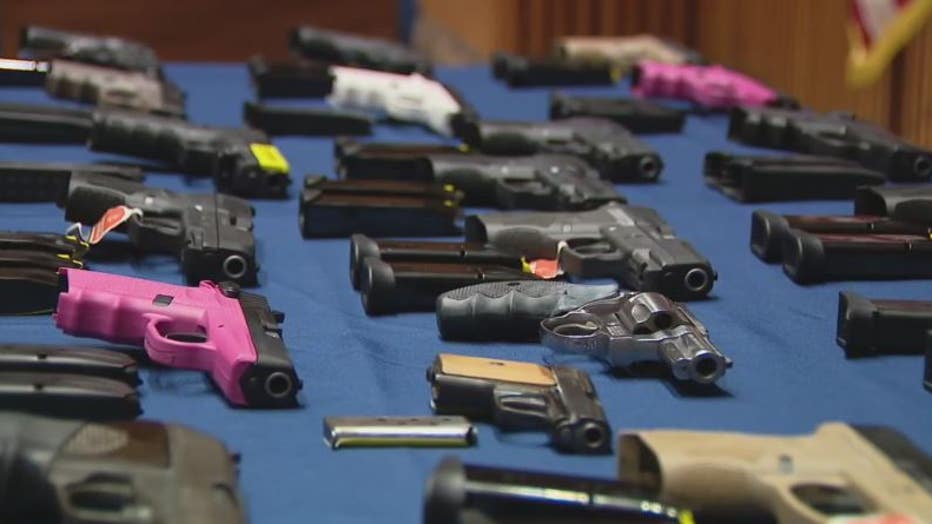