DETROIT (FOX 2) - After a spree of gun violence here in the city a panel on gun violence prevention was held Tuesday in Detroit.

"We are continuing to speak up against senseless acts of violence that can be prevented by simple common sense gun control legislation," said US Rep. Brenda Lawrence (D-MI 14). "Nothing infuriates me more when there is a call for a moment of silence on the House floor. A moment of silence for someone who lost their lives in a mass shooting. I said no more moments of silence."

There has been a heavy emphasis from Democrats from the federal level on down - trying to keep illegal guns off the streets.

"We have escalated checks on parolee and probationers who have been convicted of gun crimes and are at risk for commuting further crimes," said Lt. Gov. Garlin Gilchrist.

So far, Gilchrist says 37 people have been arrested as a result of this operation and 25 illegal guns are off the streets.

"People in the state of Michigan deserve and are demanding a life and an existence that is free of gun violence," he said.

Detroit Police Chief James White took part and shared some sobering statistics to exemplify the issue. So far this year in Detroit there have been 669 people non-fatally shot, and of those –  illegal guns were used in more than half of the incidents.
Front and center for these officials are gun crimes against children. They say, gun violence now the leading cause of death in the U-S for children, even over car crashes.

"We have to do more," White said. "And that more that we do, is to protect them and to hold people accountable who are carrying illegal weapons." 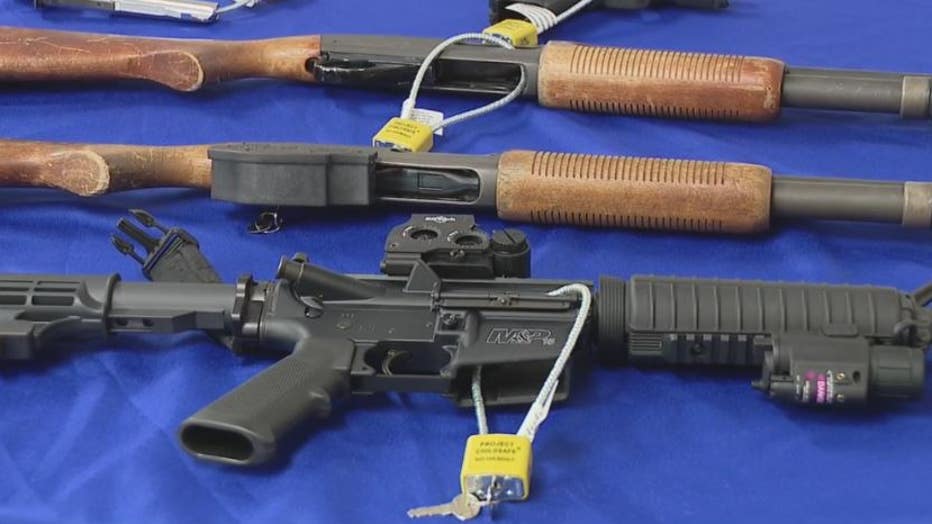