FOX 2 - As the U.S. House of Representatives prepares to vote on impeaching President Trump, many are referencing back to 1998 and the impeachment of Bill Clinton. Fox 2's Deena Centofanti was there in Washington, D.C. and remembers a very different feeling.

There are similarities, such as the contentious partisan debates, but in many ways there was a very different mood surrounding the impeachment of President Clinton.

A look back at the last impeachment debate with Deena Centofanti

She remembers that Saturday morning, December 19, 1998, right before Christmas as the country prepared.

"I did not have sexual relations with that woman, Ms. Lewinsky," President Clinton said. That televised denial happened almost a year before the impeachment vote.

The controversy centered around an affair between President Clinton and White House intern Monica Lewinsky. This story was political dynamite and Americans were glued to the televised testimony.

There were taped private phone conversations, a stained blue dress and the country was gripped by graphic detail. Debate about the salacious scandal with huge stakes stretched from the capital stage to everyone's kitchen table.

Throughout this impeachment process, there was agreement that the president should be condemned for lying. But there was also strong disagreement about using a personal sex scandal to achieve partisan goals.

And with that vote, with Michigan lawmakers voting right along party lines, the president was impeached on articles of lying under oath and obstruction of justice.

President Clinton was impeached in the house by a vote of 221 to 212. The following January a trial in the Senate acquitted him and he stayed in office for the remainder of his second term.

You can follow along with Wednesday's impeachment debate and vote in the U.S. House here. 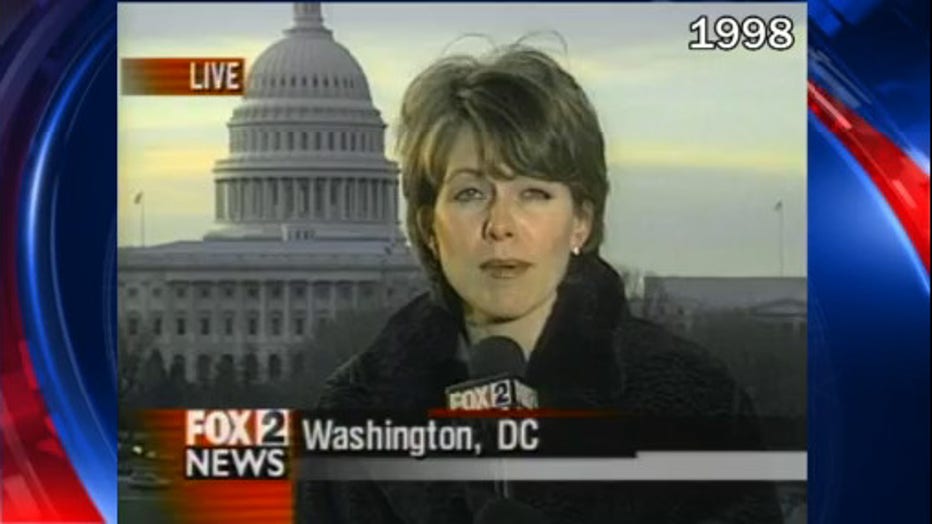