In the center's first swing-state poll of general election trends this cycle, registered voters in Michigan narrowly supported all Democratic candidates over the president, with Vermont Senator Bernie Sanders coming in top.

Here is how each candidate faired in head-to-head matchups against Trump in Michigan:

For the first time this election cycle, all six of the candidates listed appeared on the debate stage in Nevada Wednesday night. Bloomberg, a newcomer to the election who entered the race last November, was at the center of several firey exchanges between candidates. Prior to the night, his unprecedented spending on TV and digital advertising allowed him to rocket ahead in the polls

The spending appeared to pay off. In a January survey conducted by a statewide polling service, Bloomberg led candidates in head-to-head matchups.

However, in his first public appearance alongside the other candidates, he faced off against several criticisms about past comments and support for controversial policies like Stop and Frisk.

If Michigan's status as swing-state in 2016 is any indication, its voters will be among the most important in the 2020 election. A purple state that voted red for the first time in decades in 2016 before electing a Democratic governor, attorney general, and secretary of state in 2018, Democratic candidates have been campaigning in the state since early last year. 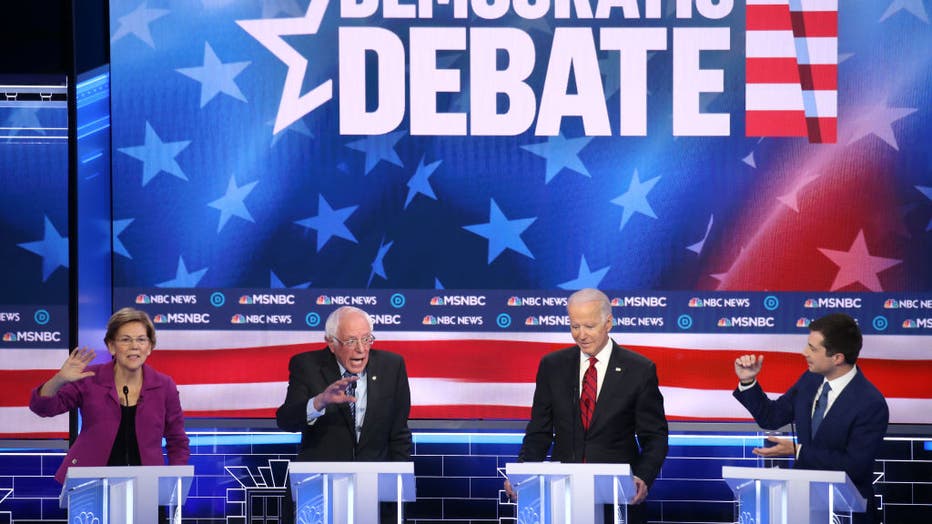 The Quinnipiac Poll also asked voters about what issues were most important to them this election cycle. The Economy came in first with 35 percent, health care was second at 24 percent, and climate change was third at 12 percent.

Also included in the poll were how the candidates faired against Trump in Wisconsin and Pennsylvania. While Democratic leaders held slight leads in Pennsylvania, Trump fared better in Wisconsin.