DETROIT - What does Mike Bloomberg have that Joe Biden, Bernie Sanders, Elizabeth Warren, Pete Buttigieg, and Amy Klobuchar do not?

Since the start of 2020, the New York billionaire is the only Democrat to advertise in Michigan, pouring millions into traditional broadcast, cable and radio ads, while most other top candidates are nowhere to be seen.

In fact, since his campaign started last November, Bloomberg has outspent every other Democratic candidate in traditional ad spending in the state. Choosing to forego campaigning in the early-voting states like Iowa, New Hampshire, and South Carolina, Bloomberg is instead focusing his electoral attention on other key states, like Michigan.

There are risks to this unorthodox approach. But since Michigan’s solid blue wall flipped red in 2016, the state is no longer an electoral lock for Democrats and for Bloomberg, it’s one of seven key states that his team believes “the 2020 election is going to be won or lost.”

“We’ve looked at those states, the issues in play there, we think Mike and his background will make him the most competitive candidate on the Democratic side in those states,” said Tim O’Brien, a national senior advisor with the Bloomberg campaign.

O’Brien said part of the reason Bloomberg’s team chose not to campaign in Iowa or New Hampshire is that the former New York City mayor entered the race too late. After deciding not to run for president in the first half of 2019, private polling conducted by his team in states like Michigan, Florida, Pennsylvania, and others indicated to them that no other Democratic hopeful at the time could defeat President Trump in a general election. 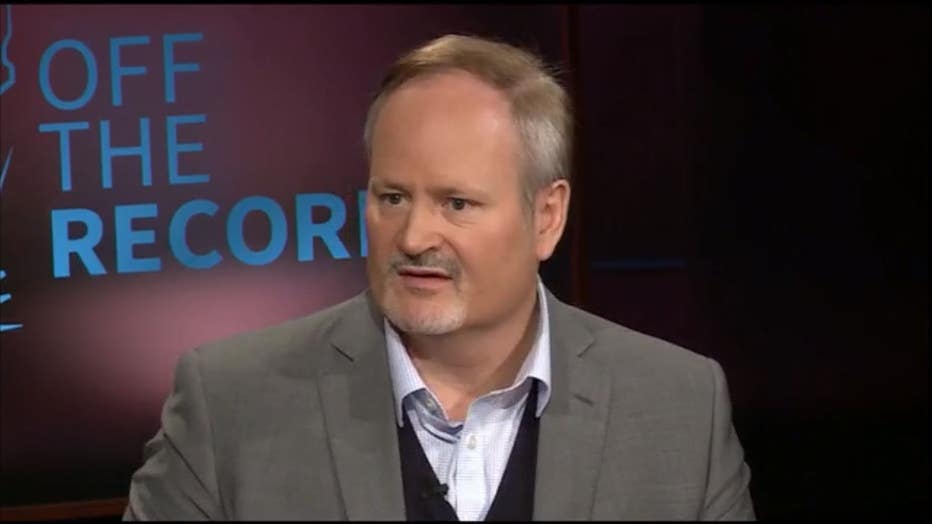 Changing his mind, Bloomberg eventually announced his candidacy by late-November. By then, he had missed several debates and hadn’t established operations in early-voting states. Instead, he’s spent $6.8 million on traditional advertising in Michigan, including $3.6 million in the Detroit market alone, numbers from Advertising Analytics show.

It’s a peculiar move that has its risks, says one political scientist - but with enough money, it also has its advantages.

“It’s unprecedented spending to influence voters in later voting states. All these other candidates have focused ads on the first four states,” said Matt Grossman, a director of the Institute for Public Policy and Social Research. “It’s a big risk but Bloomberg has a whole lot more money than any previous candidate.”

Bloomberg’s estimated net worth is $60.5 billion, according to Forbes. He has spent more than $170 million on advertising across the country, according to Advertising Analytics. About $10 million of that will go toward his 60-second spot during the Super Bowl.

“Not only is it really unprecedented to see this level (of spending), but also this strategy of focusing nationally,” Grossman said. “It’s a test of how much do the early states matter and how much can you buy your way up?”

Political scientists like Grossman say campaigning in early-voting states can be advantageous to candidates looking for momentum to buoy them into bigger voting dates like Super Tuesday on March 3. With a win in Iowa or New Hampshire, positive media coverage can snowball into better polling numbers in an already crowded field.

Any momentum that might be missed is being made up for in exposure in other states, says O’Brien. His money has helped elevate his presence in those key areas, which include Florida, Texas, Wisconsin, Pennsylvania, North Carolina, and Arizona - but his team doesn’t think it’s a fact to lean on as attributable to success.

Steyer, another billionaire running for the Democratic nomination, is also advertising on television in Michigan. While analytic groups indicate he’s run thousands of ads nationally, as well as many locally, how he purchased the airtime has made it difficult to track just how much money has been spent. Even so, the Michigan Campaign Finance Network reports Bloomberg is still advertising more than 10 times as much as Steyer.

There’s evidence to suggest this tactic may be having an effect, at least in Michigan. In a survey of 600 people that was conducted by a statewide polling service, Bloomberg performed the best in a theoretical head-to-head match-up with President Trump, compared to other Democratic front running candidates. Former Vice President Biden came in second and Vermont Senator Sanders came in third.

However, in that same poll, Bloomberg scored a 26 percent in the “Total Favorable” column, the lowest in the field. Sanders and Biden scored the highest favorable numbers at 44 percent. Trump earned 41 percent. 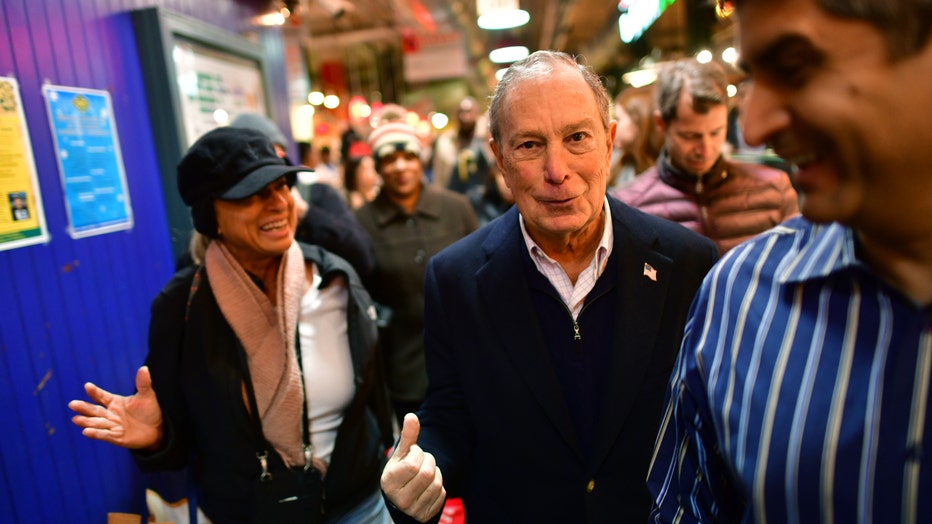 “In many ways, he’s in the early stages of his campaign and as a result, he’s one of the least-liked candidates,” said Simon Schuster of the Michigan Campaign Finance Network. “But he’s moving up in the polls. A lot of people didn’t have an opinion.”

Democrats clearly believe that Michigan will be key to winning the 2020 election. Apart from the party hosting the second Democratic Debate in 2019 and Gov. Gretchen Whitmer getting selected to give the party’s rebuttal after Trump’s State of the Union address, candidates also made several stops in the state last year.

RELATED: Whitmer details plan for her Democratic response to Trump's State of the Union

Massachusetts Senator Warren, the first Democrat to announce her candidacy, opened her Michigan campaign office in mid-December. South Bend Mayor Buttigieg has emphasized his “Midwestern roots” and invoked his husband’s ties to Traverse City. Sanders’ campaign hosted rallies in the state, including one with Michigan Rep. Rashida Tlaib (D-Detroit).

A Sanders spokesperson told FOX 2 that Michigan was “very much on our radar” and volunteers had already hosted “nearly 700 events” in the state. Similar to Bloomberg’s operation, Sanders' team has touted the grassroots foundation of their volunteer team in the state.

Minnesota Senator Klobuchar visited Michigan on several occasions in 2019 as part of her “blue wall tour,” which included stops at the NAACP convention in July and a UAW strike in September.

“Thanks to Senator Klobuchar’s strong debate performances, tireless campaigning, and field staff dedicated to organizing throughout the state, our team is seeing a major upswing in momentum, including in Michigan, where we plan to continue ramping up operations in the state,” said CJ Warnke, Klobuchar’s deputy national press secretary.

While none of the other Democratic front runners have run ads on TV or radio in Michigan, it’s unclear how much if any has been spent on digital advertising. Companies like YouTube and Facebook don’t necessarily release the amount of money candidates and political groups might spend on advertising.

Schuster said candidates like Sanders, Warren or entrepreneur Andrew Yang are more likely to advertise on social media because of their success with younger voters. However, broadcast advertising will still take the lion’s share of political spending.

Regardless of where the spending occurs, 2020 will likely see some of the most expensive advertising campaigns of any election. Projections from two analytic companies project $2.7 billion will be spent on the presidential election alone. Because of its status as a toss-up state, groups will spend an expected $121 million in Michigan - the sixth most of any state in the country.