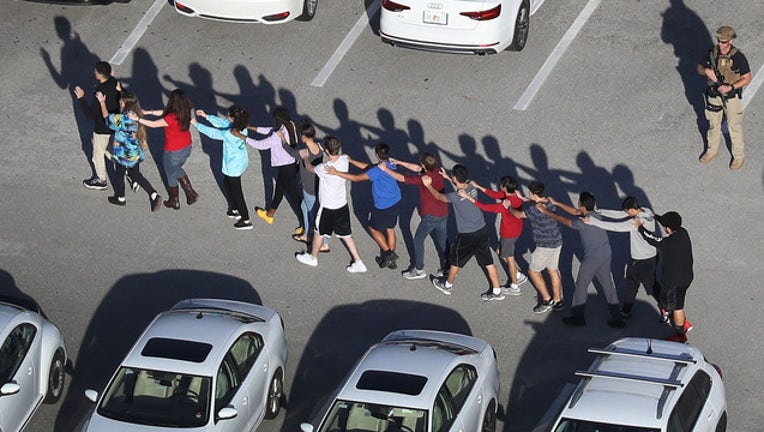 WASHINGTON (AP) - Democratic lawmakers are responding to the deadly Florida school shooting with calls for expanded background checks. They also want to create a committee to examine gun violence.

House Minority Leader Nancy Pelosi says, "We hope that we will have more than a moment of silence."

Yet attempts to pass stricter gun laws have gone nowhere in recent years.

Rep. Mike Thompson of California has been leading Democratic efforts on gun control. Thompson is a gun owner who says the U.S. is in the midst of a crisis. He adds "You can't turn around without there being a mass shooting."

Thompson's also criticizing Republicans for how Congress has responded to the shootings, saying they should be embarrassed that GOP leaders "wouldn't address this issue."

Students thought it was just another drill at Marjory Stoneman Douglas High School when a fire alarm sounded, requiring them to file out of their classrooms Wednesday afternoon. That's when police say Cruz, equipped with a gas mask, smoke grenades and magazines of ammunition, opened fire with a semi-automatic weapon, killing 17 people and sending hundreds of students fleeing into the streets.

As reactions poured in Thursday, President Donald Trump focused on the young man's mental health, and Attorney General Jeff Sessions said he wants the Justice Department to study how mental illness and gun violence intersect, to better understand how law enforcement can use existing laws to intervene before school shootings begin.

"It cannot be denied that something dangerous and unhealthy is happening in our country," Sessions told a group of sheriffs in Washington. In "every one of these cases, we've had advance indications and perhaps we haven't been effective enough in intervening."

Republican Florida Gov. Rick Scott said he's already told House Speaker Richard Corcoran that "if someone is mentally ill, he should not have access to a gun." Broward County Schools Superintendent Rob Runcie said "now is the time to have a real conversation about gun control legislation," and if adults can't manage that in their lifetimes, he said students will do it.