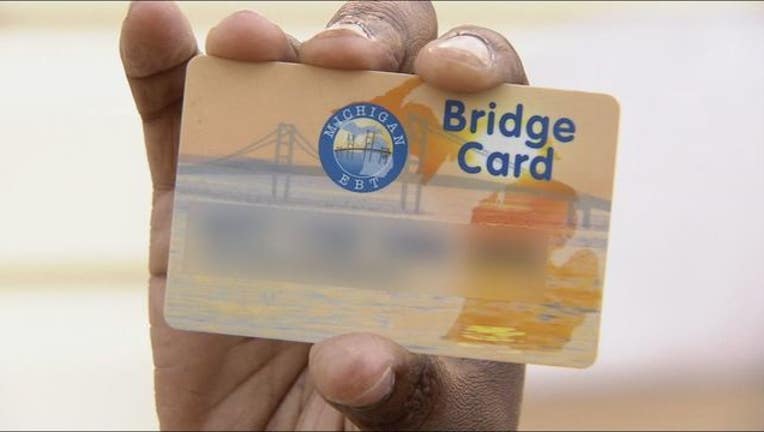 NEW YORK (AP) - A crackdown on illegal immigration under President Donald Trump has driven some poor people to take a drastic step: opt out of federal food assistance because they are fearful of deportation, activists and immigrants say.

People who are not legal residents of the U.S. are not eligible to take part in what is formally known as the Supplemental Nutrition Assistance Program.

But many poor families include a mix of non-legal residents and legal ones, such as children who have citizenship because they were born in the U.S. In those cases, it is often an adult who is not a legal resident who submits the application.

Some now feel that is too dangerous under a president who has made immigration enforcement a priority. Throughout the U.S., there are accounts of people resisting efforts of nonprofit organizations to sign them up for food stamps, letting benefits lapse or withdrawing from the program because of the perceived risk.

"They don't want to put their name and address on a form for a government public benefit out of fear that they'll be sought out and asked to leave," said Teresa Smith, executive director of Catholic Charities of Orange County, California.

The food stamp program provides monthly payments, typically about $125 per eligible household member, to poor families to buy essential staples. Going without can be an extreme decision, advocates say.

"This means less food on the table, fewer meals in houses where the kids have rights because they are U.S. citizens," said Andrew Hammond, an attorney for Chicago's Sargent Shriver National Center on Poverty Law.

Amazon offering Prime discount to those on government benefits

It is not possible to determine the extent of the phenomenon. The number of food stamp recipients has declined as the U.S. recovers from the Great Recession and people could drop out for various reasons.

A 52-year-old woman interviewed in New York City, a Mexican in the country illegally, told The Associated Press she was motivated in January to drop a benefit that was supporting her teenage daughter, a U.S. citizen, purely because she was afraid of being in the food stamp system, which requires applicants to state their immigration status.

"I had been told that it's OK to apply for food stamps. But, for the moment, I don't want to take any risks," said the woman, who spoke on condition of anonymity because of her immigration status and was introduced to AP through an organization that helps immigrants, the Mexican Coalition of the South Bronx.

"I need it but I have peace of mind because my case is closed," said the woman, who makes $8.50 an hour cleaning houses and lives in small apartment on the Lower East Side of Manhattan.

A Honduran immigrant and single mother with one child in Silver Spring, Maryland, decided not to renew the food stamps she received when they expired in January. "We fear deportation," said the 29-year-old immigrant, who also spoke on condition of anonymity and was introduced to AP through a local nonprofit. She normally earns about $350 per week answering phones at a travel agency but has been working extra hours cleaning homes to make up for the loss of about $150 per month in food stamps.

Mark Krikorian, a well-known advocate for reducing immigration to the U.S., said their situation reflects the fact that many people who come to the country lack the skills to earn enough money here. "It is an attempted moral blackmail to say 'If you Americans don't give me your money, I can't stay here and feed my children,'" he said. "Well, it's your choice. No one made you sneak into the United States."

About 3.9 million citizen children living with noncitizen parents received food stamps in the 2015 fiscal year, the most recent available data, according to the Department of Agriculture, which administers the food stamp program.

The Department of Agriculture says a lower percentage of noncitizens who qualify for the program known as SNAP have historically used the benefit than citizens because of an incorrect perception that it could affect their immigration status or hurt their chances of becoming a U.S. citizen.

"It is important for non-citizens to know they will not be deported, denied entry to the country, or denied permanent status because they apply for or receive SNAP benefits," the agency says on its website.

Driving the most recent fears about the program is an increase in immigration enforcement.

Immigration and Customs Enforcement arrested nearly 40 percent more people suspected of being in the country illegally in the first 100 days under Trump than in the same period a year earlier. The agency said nearly 75 percent of them had been convicted of criminal offenses but "non-criminal arrests" were up by more than 150 percent.

Immigrant advocates see the aversion to food stamps as a reflection of a climate of fear that drives people in the country illegally deeper underground, which in some cases also makes them reluctant to report crimes.

"We should care if people are afraid to interact with institutions that all of us rely on for our health and well-being," said Tanya Broder, senior attorney at the National Immigration Law Center.