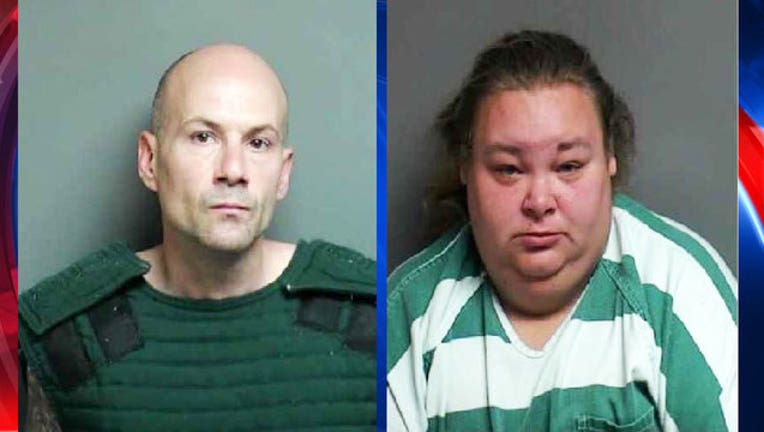 MACOMB TWP., Mich. (WJBK) - Two people have been arrested for holding a special needs woman captive and selling her for sex.

Michael Welch, 38, and Misty George, 30, were arrested for keeping the 29-year-old woman with both mental and physical disabilities being kept in a vacant shed near the suspect's home. Welch and George allegedly set up date advertisements for the victim through an online website.

Several men responded to these advertisements and paid money to the suspects for sexual services from the victim.

The victim was originally allowed to stay within the home and was eventually moved to the shed after she could not afford to pay the rent that the suspects demanded. The victim was not allowed in the home to use the restroom or shower.

Once the victim left the mobile home park, family discovered what had occurred and contacted authorities, deputies said.

"Instead of helping this profoundly special-needs person, George and Welch took her support money, forced her to live rough in an outside shed, and sold her as a prostitute," said Macomb County Prosecutor Eric Smith. "As your heart breaks for this vulnerable woman, your conscience is shocked by the abusive cruelty one human being is capable of showing to another.

"The Sheriff and the Prosecutor's Office are resolved to bring some measure of justice to this young woman, and to get her the support and treatment she needs."

After the arraignment process, Welch attempted to escape as he entered the Sheriff's transport vehicle. A brief foot chase ensued and he was quickly captured. He was returned to the Macomb County Jail where he awaits new charges for that attempted escape.

Welch and George were charged with felonies of human trafficking and accepting prostitution earnings. George received an additional charge of using a computer to commit a crime.

"Be wary of opportunities that seem to be good to true and always be aware of your surroundings," Wickersham said. "Parents are urged to monitor their children's social media accounts and look into those people who associate with your children."