Verizon's 5G Home Internet is here, but how does it work? Derek Kevra tested out the new tech.

FOX 2 - Five-g has been in the news a lot lately, but there's no question it's changing the game in internet speed. Now Verizon Wireless is introducing 5g home internet for cheap.  How does it stack up?

Fast internet is more important than ever, thanks to streaming, video chatting, and working from home. Especially if you're the tech guy and it's your wife that keeps telling you that speeds are cutting out in her office.

Derek Kevra took Verizon's newest gadget, 5g home internet and tested it out with the help of Steve Van Dinter of Verizon Wireless.

"What you're dealing with is you're so far away from your router which is downstairs," Steve said. "It's hard for that signal to penetrate the floor as well as all the way to the backside of your house."

I know Steve! help me try the new 5g solution

What makes this different than the internet you probably have in your house now is - no wires.

"Think about the old way we got wires coming into our house," Steve said. "I need you to forget about wires being the thing that you need. The wireless 5g service from outside your house acts as a virtual wire."

The trick is finding the perfect signal strength spot for it's home base.

"You're probably looking for the best spot to place the router," Steve said. "You walk around your house and look where you're getting the best speeds."

And then, the moment of truth - Derek tests the connection speed from his wife's office.

"So here we're getting about about 150 megabits per second, which isn't bad, but isn't as high as we were getting downstairs," Steve said.

Derek: "But it's still going to be faster than what I currently have." 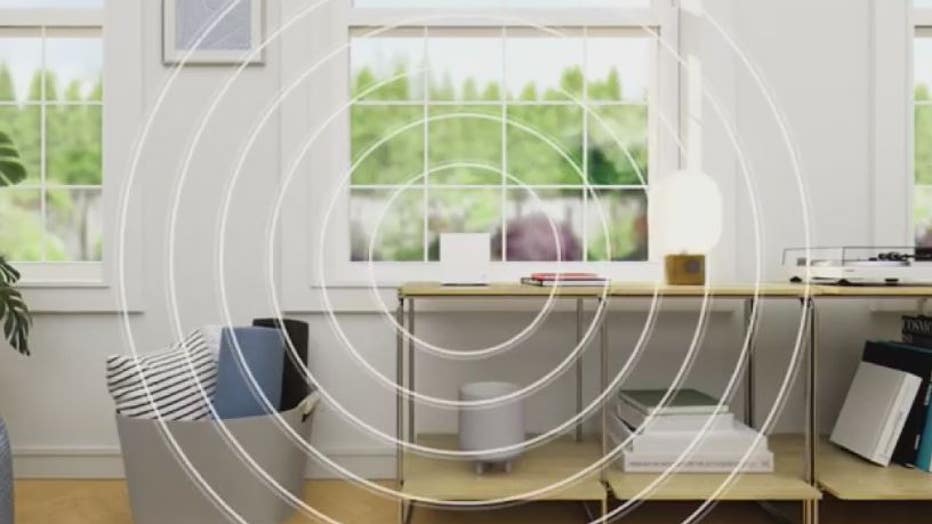