Detective Matthew Morrison was doing surveillance at Baldwin and Merrimac when the call came over his radio that an elderly woman was choking.

OAKLAND COUNTY, Mich. (FOX 2) - Ron Davis says he didn’t even get the man’s name but he no doubt, saved his mother-in-law’s life.

On Thursday night Shelby Jones began choking on a piece of food in her home in Pontiac.

"She can talk but she can’t really hear and her eyesight is probably from here to my hand," said Davis.

It was around 7 p.m. when a detective with the Oakland County Sheriff’s Office by the name of Matthew Morrison, was right around the corner at the time. He was doing surveillance at Baldwin and Merrimac when the call came over his radio that an elderly woman was choking.

"At that point, I took over and started doing abdominal thrusts, Heimlich maneuver," Morrison said. "After several thrusts I was able to dislodge the piece of Hot Pocket she had in her throat - at which point she started breathing again."

"That’s a great man, just doing his job and he saved a family’s life and we’re grateful for him," Morrison said.

Being an elderly lady, I think about it because I have a 94-year-old grandfather that lives with my mom, and my mom is the primary caretaker of my grandfather," he said.

"I just so happened to be there at the right place and at the right time," Morrison said. "But any one of us would have done the same exact thing if they were put in the same situation." 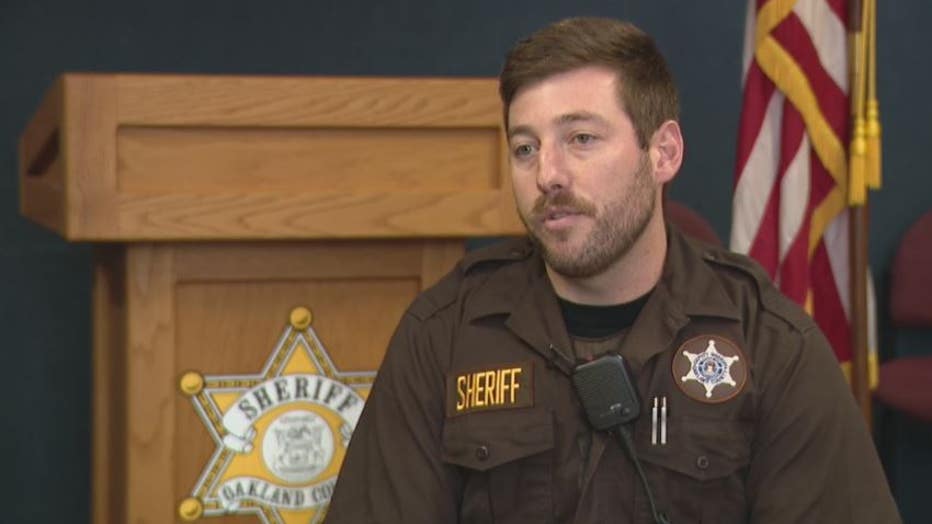