DETROIT (FOX 2) - A picture is worth a thousand words, but this could be summed up with one.

Gabrielle was the first place winner in her age bracket. More than 500 students from across the country submitted their artwork that was judged for originality, interpretation and historical relevancy.

The young Detroiter explained the symbolism of her sketch starting with shackled hands and the red stripes representing the fight for freedom from enslavement.

"The white stripes represent the purity of the struggle," she said. "The blue means justice, and the white stars represent unity for all people."

Gabrielle was the first place winner in her age bracket. More than 500 students from across the country submitted their artwork that was judged for originality, interpretation and historical relevancy.

Gabrielle’s was inspired by the many history lessons she learned from her dad.

"I have a home library filled with books on African-American history, Blacks who were a part of building The White House, so for her when it came time to do art, it was just organic for her," said her father,  Rashid Faisal. 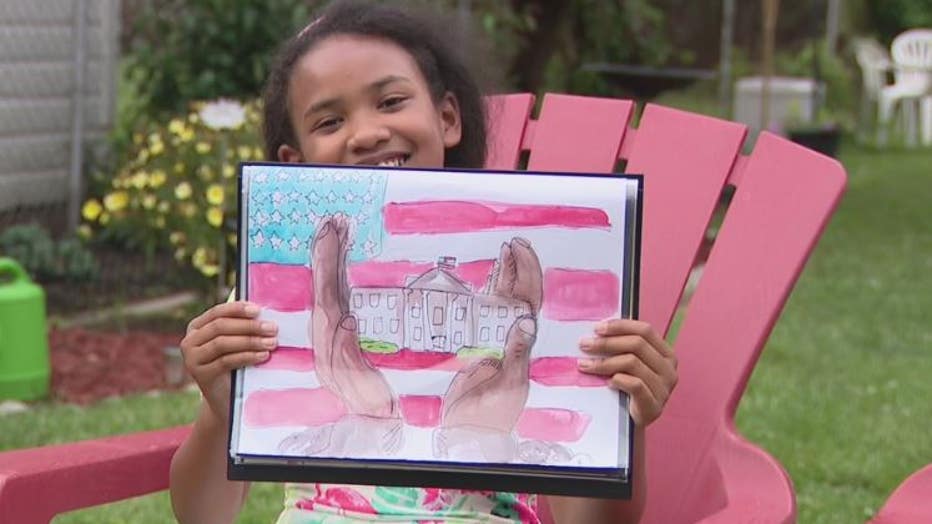 The Faisals knew Gabrielle’s drawing made the top 10 list, but had no clue she won in her age bracket until they watched the competition’s announcement online.

"I was happy," said Gabrielle Faisal. "I was really happy."

The same for her parents who are still reflecting on the work of her hands.

"When I think about the large hands holding The White House, the hands are symbolic of our people, collectively, our history," Rashid said. "And you have the background with the flag, and that is the unifying factor for all of us as Americans. Black history is not just for African-American people, it is for all people." 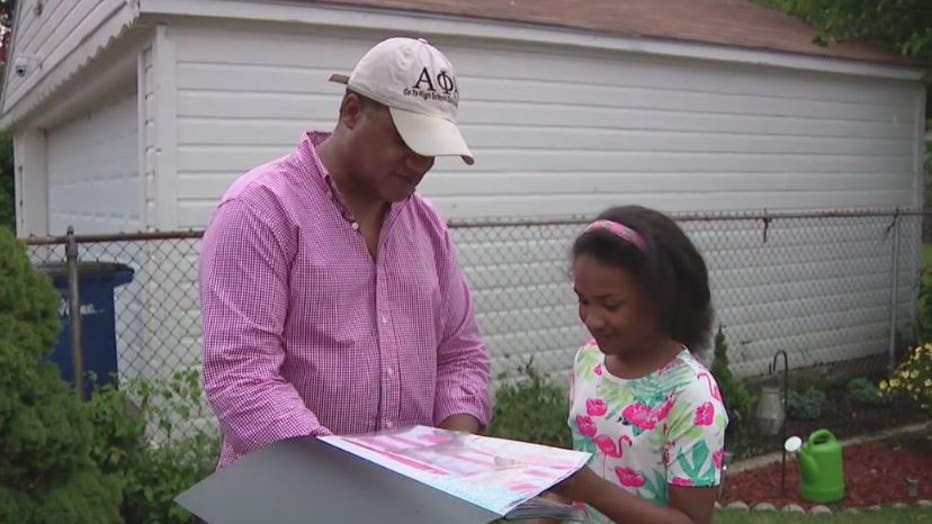 Gabrielle's big win came with a $1,000 cash prize. She and her family will be heading to Washington, DC in a few weeks, where artwork from the finalists will be on display in The White House's visitors center through Sept. 22.