DETROIT (FOX 2) - "It was just unsafe and it was an eyesore, too, to the neighborhood," said Marcea Walker.

Walker says it was last summer when the city of Detroit tore down the long-abandoned house next door.

"It just took a lot of things but it finally got done and so I'm at the point where I'm just ecstatic that it's gone now," Walker said.

"We're quickly approaching our first 100 demolitions under the prop n work so we're excited about that," said Lajuan Counts, director of the Detroit Demolition Department.

Counts says the previous budget only allowed for 300 emergency demolitions - like the one next door to Walker, now they're budgeted for 8,000 demos.

And they're looking to hire returning citizens - people coming out of the correctional system - who need a second chance.

"We are actively hiring," Counts said. "We're trying to build up our team so we can support all of the demolition work that's taking place and the stabilization efforts that we have set up for us."

"It's truly an initiative we're passionate about as far as hiring the returning citizens," Counts said.

After the demolition is done - the side lots are available for neighbors to purchase for $100.

"You take the safety hazard out - but you also return a little bit of peace of mind to those residents as well," said Counts. 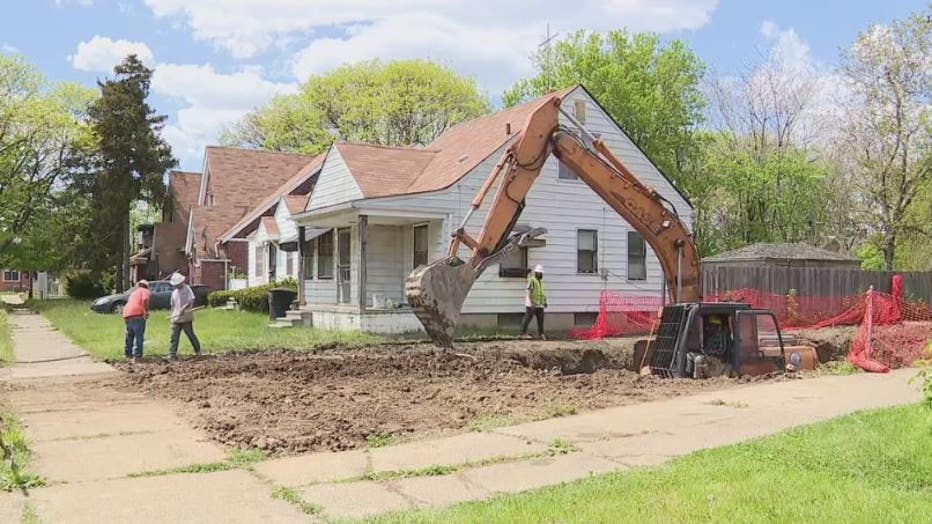 Residents like Walker, who are able to a little easier knowing the danger next door is gone.

"If they can do that for the rest of it, just make it look good - not just in certain areas but try to get it where it's all throughout the city - so we can bring it back," Walker said.

For more information on purchasing lots contact the Detroit Land Bank, for employment opportunities go to Detroit At Work HERE.