Russia's invasion of Ukraine is a horrific story that’s sadly still being written but for Larry Halushka, it’s personal. He’s of Ukrainian descent and has a lot of ties there. He’s proud of what he’s been able to do.

FOX 2 - The people of Ukraine still need our help and a Metro Detroit group is answering the call. They're collecting everything from body armor to medical supplies and shipping it all overseas.

And for one volunteer-- the mission is personal.

"This started grass roots and it’s taking off grass roots, it makes my heart feel wonderful, I keep getting emotional," said Larry Halushka.

The reason it makes him emotional is because Ukraine isn’t just a headline for Haluska.

"My family is there, my friends are there, I’m getting emotional now," he said. "You start hearing the stories of what’s going on, I can tell you, I can give you a book’s worth.

Russia's invasion of Ukraine is a horrific story that’s sadly still being written but for Halushka it’s personal. He’s of Ukrainian descent and has a lot of ties there. He’s proud of what he’s been able to do.

Halsuka is helping in an effort that has already resulted in a thousand protective vests from police departments across Metro Detroit, that are now on their way to war-torn Ukraine.

The effort was started by a group of business leaders in Metro Detroit. Warren police officers spearheaded the initial collection.

"I know the contacts of who can get them there, through all kinds of different methods," Halushka said. "They've been doing that since the Soviet Union was still around, you couldn’t go through regular channels."

"If you don’t know the right way to do it, it can be," he said. "Now, the body armor, there are things that the federal government is doing that they need to do, They don’t want it falling into the hands of terrorists so there is red tape that you have to go through and there should be."

Medical supplies, body armor-it’s not something you can just drop off to be mailed at the post office.

Halushka and his army of helpers are going through the right channels to make it happen. It’s more than just vests and supplies. All of it lands in Hamtramck.

"The Ukrainian-American Crisis Response Committee of Michigan is really the hub of where all of this stuff is going," Halushka said. "They have these contacts and they know how to get them there. The right way where they have to go.

"We’re trying to find homes, right now there's a school in Minnesota, St. Anne's that wants to find 400 or so students who have been displaced from university and bring them there and let them finish their education there."

"Go to HeyPutinGo.com send it has a load of different, shirts, cups, things like that  you can get, they’re kind of neat to have and the money all goes toward fighting for Ukraine." 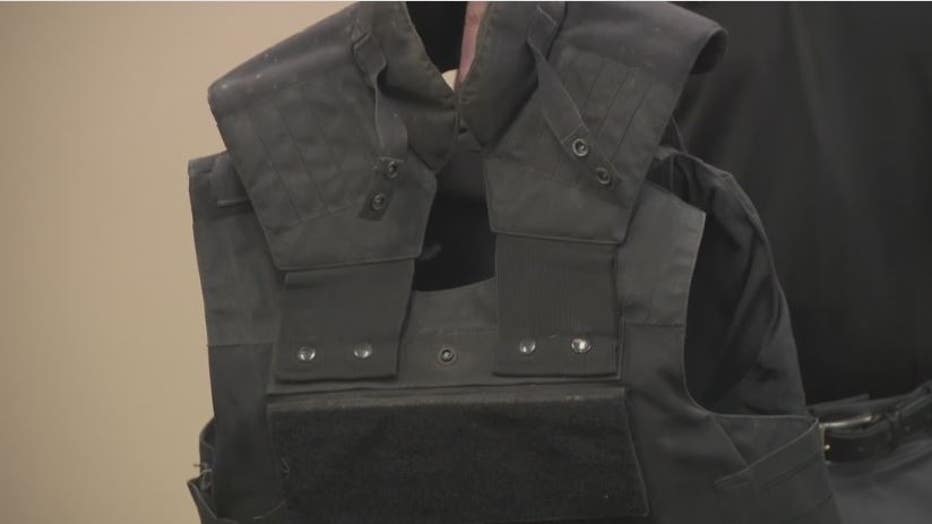