DETROIT (FOX 2) - The city of Detroit was dealt a scathing report claiming its demolition program hasn't been following the rules on Friday  It comes as the mayor is asking for approval of a quarter-billion-dollar bond to expand the same program.

The report is being made public just as Mayor Mike Duggan is trying to push a $250 million blight bond proposal. And this report by the auditor general finds that the demolitions over the past four years in the city have been majorly mismanaged.

"The rumors were true, the demolition program has been poorly mismanaged," said Steve Hood political consultant.

Critics of the Duggan administration demos, like political consultant Steve Hood, got what they've been waiting for - a 104-page audit by the City's Auditor General.

The big take always - a lack of a paper trail to support payments - especially to contractors - and key players were not following state and city policies.

The audit analyzed several dozen demolished homes, finding about one-third of the information provided by the city on the properties' removal was inaccurate.

"If Kwame had done this you wouldn't be interviewing me right now, you'd be at the jail house," Hood said. "It has got to stop here."

He says there are no coincidences in politics.  This report comes at the same time Mayor Duggan is asking city council to put a new proposal on the ballot for voters - a $250 million blight bond proposal.

"How dare the mayor ask for $250 million more dollars after this evidence of mismanagement," Hood said. "And any council person that votes to out this on the ballot needs to lose their job next election."

The Detroit Building Authority adamantly refutes the findings, claiming it's based on old practices. And, it ignored information about the new doesn't reflect the new process of demolition - the full statement is below.

About 19,000 homes have been demoed under Duggan's reign, mostly paid for by federal dollars. If the Auditor general finds evidence of anything illegal - they can hand it over to law enforcement, or the Inspector General.

"I see the feds coming in, it's an election year, they've got to do something," said Hood. "It's huge money, it’s our money."

At this point - the report has not been handed over to any outside agency…there is only one property they studied that will go on to the Inspector General for review. 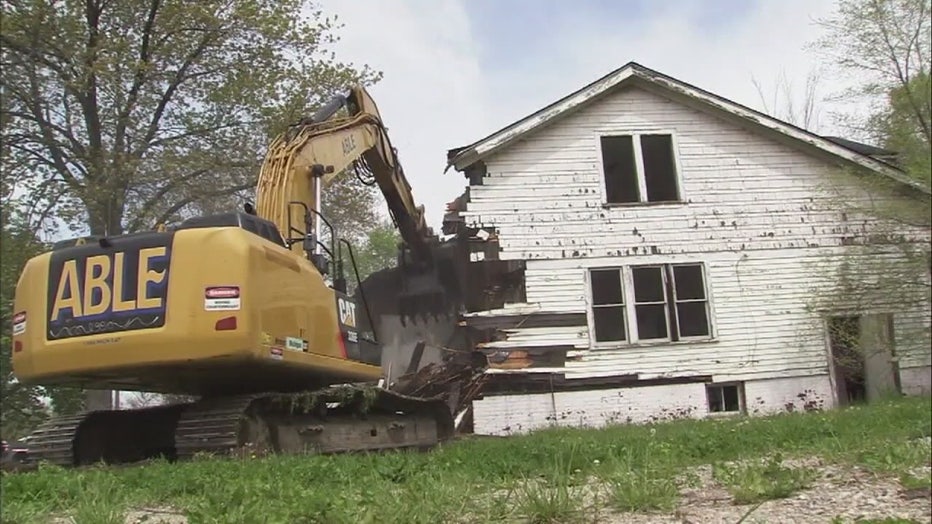 "The current demolition process and success of our monitoring efforts are not reflected in the Auditor General’s report. Our response shows that we have a near 100 percent monitoring record.

"The Auditor General’s report on City-funded residential demolitions is riddled with procedural and substantive errors, and is not reflective of current city demolition processes. The Auditor General was provided with extensive information indicating that the City and DBA are assiduously tracking compliance with all contractual conditions that are commercially reasonable to track.

"Unfortunately, the Auditor General opted not to consider the information we provided. Instead, the Auditor General based its report primarily on a stale sample of 34 residential properties that were demolished in 2014 and 2015-a period of time when the demolition process was entirely different than it is today.

"Meanwhile, the report considers only one standard city-funded demolition completed in 2016, 2017, or 2018, when we conducted nearly 1,400.  To the extent the Auditor General did consider recent demolitions, it looked for information in the wrong places, and focused almost exclusively on emergency demolitions.

"We urge the Auditor General to update its report to make it reflective of current operations. We are confident that a comprehensive, current audit can be completed in fewer than four years."