DETROIT (FOX 2) - No idea was off limits and it was standing room only on Detroit's west side as the Ceasefire Youth Initiative mulled solutions to gun violence.

"I just had this thought and I know the NRA is going to beat me up for this and I shouldn't say it but ... let's say for example that (for) all civilians, it became mandatory that they could only have a revolver," said Reggie "Reg" Davis.

State Rep. Robert Wittenburg made a case for his red flag legislation which would allow police to take someone's guns if a judge decided they were a threat to themselves or the public.

"Certainly how it works is unless you commit a crime, there is no ability for someone to temporarily seize your weapons," Wittenberg said.

"It's a lot of different layers. one it talks about putting a tax on the ammunition," Davis said.

"I like the innovation of the bullet bill, because if you can reduce the amount of bullets and ammunition that are out there, you have an opportunity to reduce violence," said Deputy Chief Marlon Wilson, Detroit police.

"You don't have to go into those type of places to purchase ammunition. It can easily be made at home," said Tanisha Moner, a firearm instructor.

Not everyone liked the bullet bill idea and other gun control measures that were brought up, saying the jury is still out on their effectiveness.

"In California they have universal background checks (which) had zero impact on gun deaths," said Chad King of the Black Bottom Gun Club. "I need you to tell me how it makes sense for us to implement that here if it does not work anywhere else."

"There is no single answer to the violence problem," said Rick Ector, from Legally Armed in Detroit. "It is a multi-faceted problem." 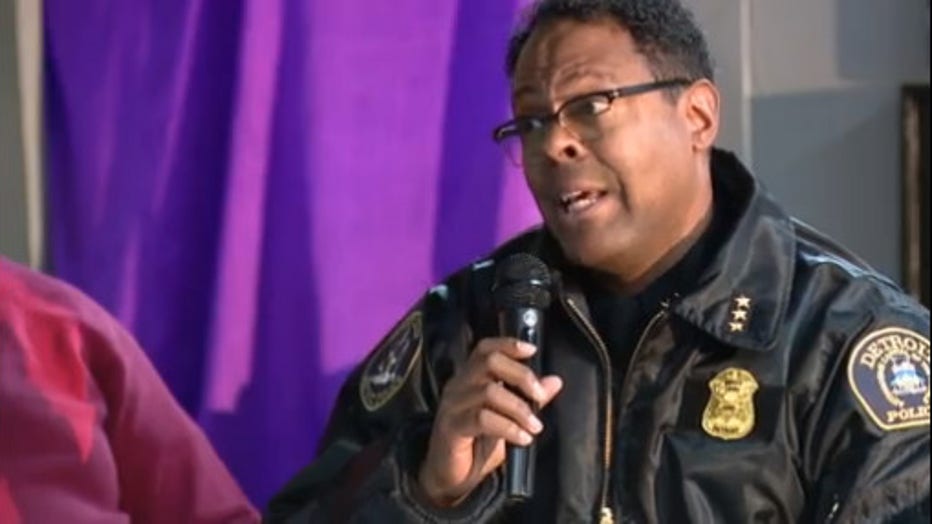 That's where gun rights advocates found some common ground with those whom they disagreed: the solutions to gun violence have to be as diverse as the causes.
from poverty to conflict resolution from mental health to a reformation of values.

"The biggest thing is this," said Deputy Chief Todd Bettison, Detroit police. "In our community it is about respect. So if I feel disrespected there is a street code that, ok, you have to get it in blood. So, disrespecting gets you killed."

When Bettison was talking about "our community" he was not talking about African-Americans, but rather those who live and die by the street code and operate and live outside the law.