DETROIT (FOX 2) - "It was a high time in America when you had two million men that came from every walk of life," said Rev. Dr. Wendell Anthony.

Looking back at 25th anniversary of The Million Man March

A celebration of the march's anniversary was held Friday at Fellowship Chapel Church in Detroit.

Jesse Patton was there with his sons and as he thinks back on what that day symbolizes, it brings him to tears.

"That day brought Black men together, there was no fighting just Black men loving and taking care of each other," he said. 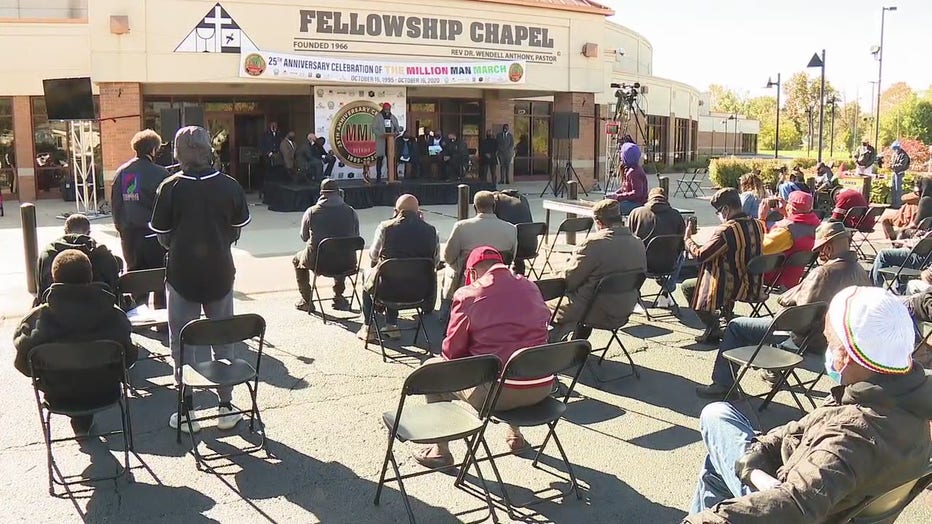 A celebration of the march's anniversary was held Friday at Fellowship Chapel Church in Detroit.

Lawrence Dillworth also traveled from Detroit to DC, and he recalled how African-American men lifted him up in body and spirit before leaving for what would be a historic march.

"They didn't have any buses with any wheelchair lifts," Dillworth said. "The brothers said you don't need a lift my brother and they picked me up and put me on the bus and my dog, and put my chair under the bus and we were on our way." 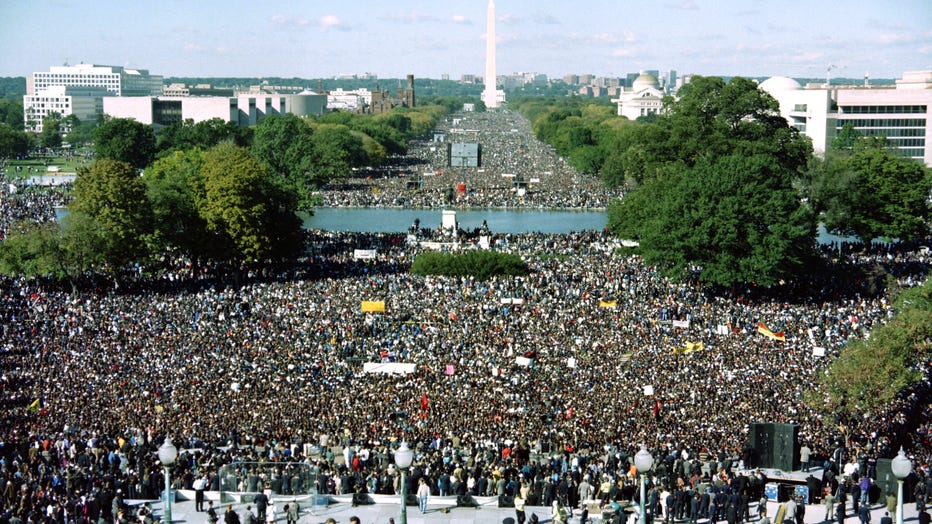 This photograph taken from the US Capitol Building shows thousands of people gathered on the Mall during the "Million Man March" in Washington D.C., on October 16, 1995. The march, called by Nation of Islam leader Louis Farrakhan, is intended as a da

"Just the fact that we assembled that many men in and of itself, is something that we should never, ever, forget," Rev. Anthony said.

He added that progress since the march has been made in nearly three decades.

"Seeing America's first African-American president Barack Hussein Obama," he said. "We have a Black woman, who is now running for vice president of the United States." 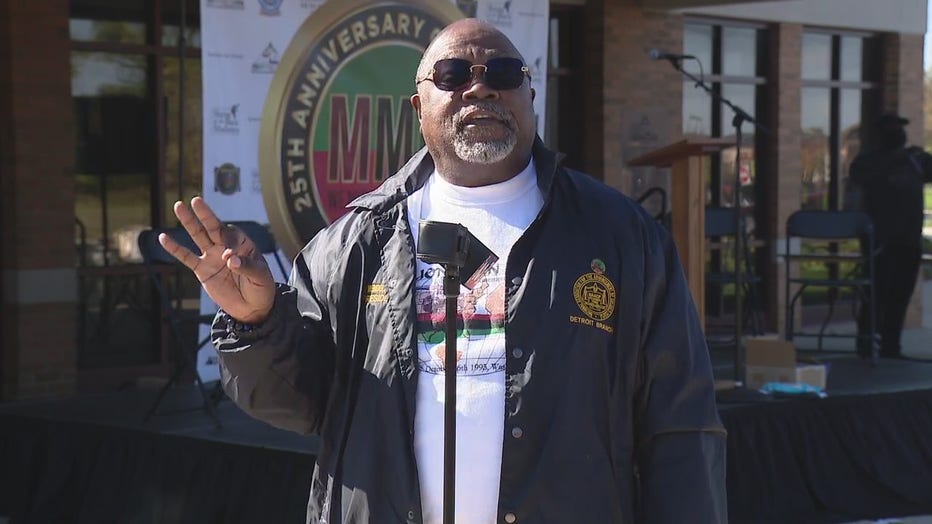 "The Million Man March was about putting a stake in the ground for representation." said Lt. Gov. Garlin Gilchrist.

But despite the progress, these men say more needs to be done.

So for now the work continues to create change

"When I came back made a pledge to get involved," said Patton.

And keep the spirit of a movement alive for generations to come.

"We want to remember," Anthony said. "Not forget." 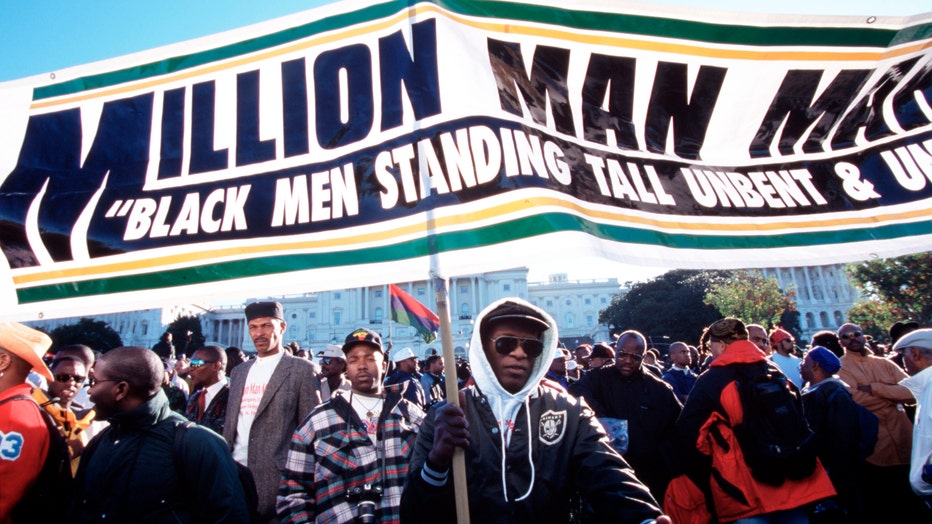 Participants in the Million Man March, a day of atonement and reconciliation conceived by Louis Farrakhan for African-American men. (Photo by James Leynse/Corbis via Getty Images)