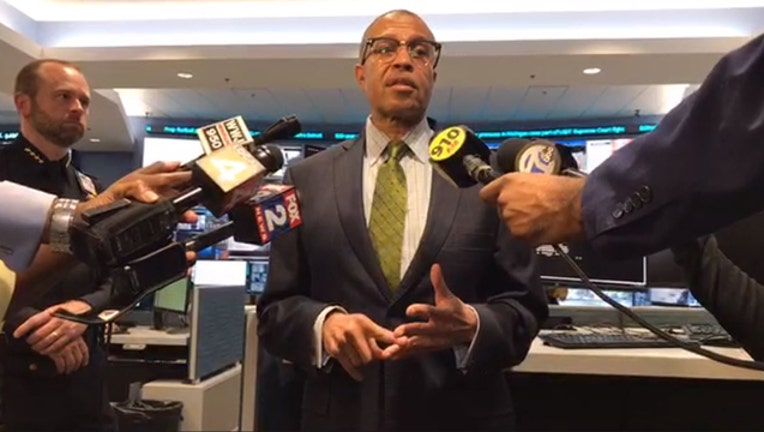 The criticism came in a tweet from Tlaib's personal twitter account when she tagged the Detroit Police Department saying they should "rethink the whole facial recognition bulls**t."

Craig pushed back on the criticism, echoing the concerns of victims of crimes and the department's ability to bring them closure when a violent crime is committed.

"What's missing from the discussion, we make it a point to talk about the family members of our victims and some of these violent suspects," Craig said during a Tuesday afternoon press conference. "We are not dismissive. We are confident the way we use this technology is the way it should be used."

The department's use of facial recognition has come under intense scrutiny from community members due to concerns the software represents an overreach of the city's power.

However, Craig said the technology is strictly used as a tool in the long protocol the department follows when making an arrest.

"Some would have you believe that activity is surveillance in real time of facial recognition," he said. "This is an investigative tool, not real time. It's always after the fact."

Also in Tlaib's tweet was an article from Vice reporting Vermont Senator Bernie Sanders, a presidential candidate was the first in the race to call for a ban on facial recognition. Prior to Craig's press conference, the police department invited Tlaib to come see their crime center and see how analysts use the software.

On July 25, Craig invited members of the media to take a closer look at how the software is used in their investigations. Analysts compare content acquired by the software with surveillance video, photos, mugshots and social media to try to find a match.

However, the work doesn't stop there. Instead, any match is considered a lead that police use in their investigation.

"Everybody would agree, when we make an identification on a suspect, people want us to make an arrest quickly and get that person out of the community," Craig said. "That is what people want."

The controversy over the software has made its way to the legislature, where Isaac Robinson, D-Detroit, has introduced legislation that would put a five year moratorium on the software in the state. That way the technology and how it's used could be refined.

"If you have a technology that is flawed and misidentifies, that's the last thing we want to use at a trial," Robinson said. "(The) Supreme Court documents a number of trials where identification of strangers isn't trustworthy. This new technology on top of that is very dangerous to our rights. Not just privacy rights, now we're talking about the rights of the accused."

Craig concedes that facial recognition software does have its flaws, including a tendency to misidentify individuals. However, he has also said that's why it's far from the only way they investigate crimes and identify suspects.

Robinson sad as the software debate continues, he didn't want it to become a "back and forth thing."

"We need a serious discussion. Craig is being sincere. His job is to find the bad guys," Robinson said. "But we need an important discussion about due process and privacy rights. That's why my bill puts a five year pause to hash these things out."