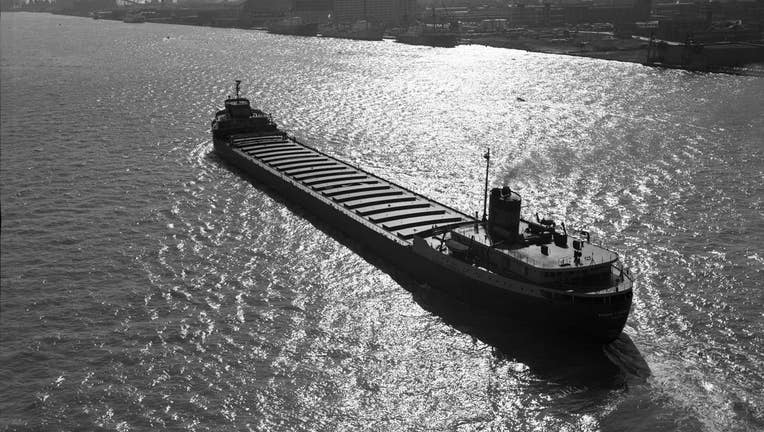 DETROIT - The annual observance of the Edmund Fitzgerald shipwreck will be held in-person and livestreamed from Mariners’ Church in downtown Detroit.

The Great Lakes Memorial service starts at 3 p.m. Sunday and remembers the lives lost in the roughly 6,000 shipwrecks on record in lakes Superior, Michigan, Huron, Erie and Ontario.

It will be broadcast over YouTube for people unable to attend. Last year was the first time the service was livestreamed, and it attracted more than 1,200 viewers, organizers said.

"We tend to think of the natural beauty of the lakes rather (than) the natural turmoil they can cause," says the Rev. Jeffrey Hubbard, pastor of the 179-year-old Mariners’ Church. "They can turn fast, and they can wreak havoc. Our service reminds people of the lakes’ potential treachery while at the same time commemorating the lives of sailors lost."

One of the most notable and tragic wrecks occurred on Nov. 10, 1975 when the S.S. Edmund Fitzgerald sank during a storm on Lake Superior. The vessel was carrying a load of iron ore pellets to a Detroit steel mill when it plunged to the bottom, 17 miles (27 kilometers) from Whitefish Point in Michigan’s Upper Peninsula. All 29 crewmen were lost.

Singer and songwriter Gordon Lightfoot’s "Wreck of the Edmund Fitzgerald" tells the tale of the sinking and the power of the massive inland lake.

As told in Lightfoot’s ballad, the bell of Mariners’ Church solemnly will ring 29 times Sunday for each of the crewmen who died in the wreck.

The service also will include an honor guard of Great Lakes-related maritime and military personnel.