It was called one of the worst cases of animal abuse the Detroit Pit Crew Rescue Group says it has ever seen.

DETROIT (FOX 2) - A dog lover couldn’t believe she was digging up one that was buried alive - with her own hands - behind an apartment in southwest Detroit last Friday.

"I'm like oh my goodness is this for real, someone buried this dog alive," she said. "I woke up to go to the bathroom and I heard the dog yelping and crying, I checked both basements I don't see anything."

But the cries didn’t stop, and she checked around again.

"The second time around I see the ground moving, and I see his little nose poking out, I started digging at the ground."

When she got his head out – she recognized him as a neighbor’s dog, in a neighboring apartment, an old sweet boy she remembers.

"His eyes were crying there was dirt all over his ears and eyes and he looked relieved," she said. "He kept crying like how could you do this to me, he would put his head however he could lift it up and put it between my ankles. It killed me. It killed my soul."

"This is one of the saddest cases," said Theresa Sumpter, Detroit Pit Crew rescue.

The dog ended up in the care of Detroit Pit Crew Dog Rescue after Detroit Animal Control picked him up.

Sadly, he didn’t make it.

"He was with us a little over 12 hours before we had to make the hard decision to euthanize him because he was declining," she said.

Sumpter – who runs the rescue group says it's unclear how long the dog was under the dirt, suffering. 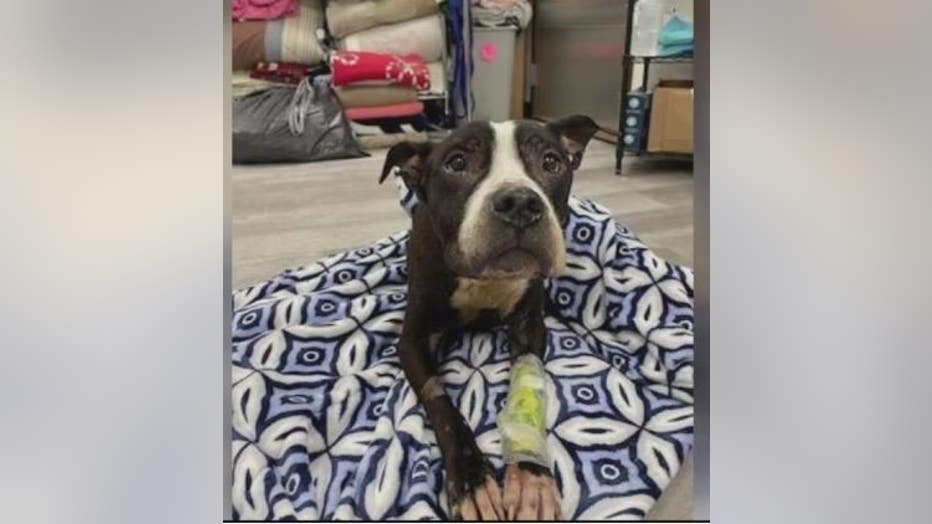 "When your animal starts getting older - just like people, we don't bury them alive we take them to the doctors," Sumpter said.

They named him Ghost - here he is eating a treat before he was put down. The case will be handed over to the Wayne County Prosecutor’s Office for possible charges against his owner.

"It's sad," said the woman who found him. "At least he went out in a good way instead of having to suffer in the ground."

The woman – who dug Ghost out, says the owner was moving to a new apartment that didn’t allow dogs – and that’s why they buried him alive.

If you would like to know more about the work Detroit Pit Crew Rescue does or donate, you can find it HERE. 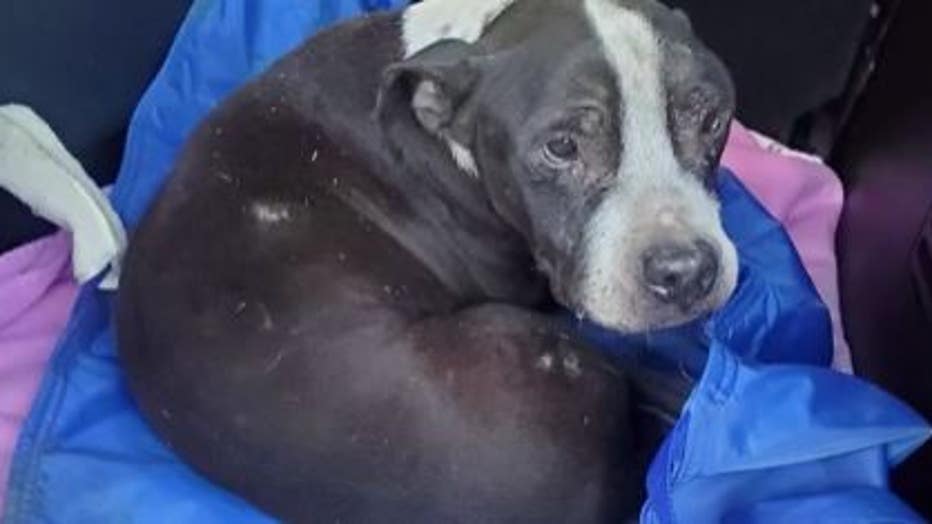 The dog named Ghost who was buried alive in southwest Detroit but sadly didn't survive.