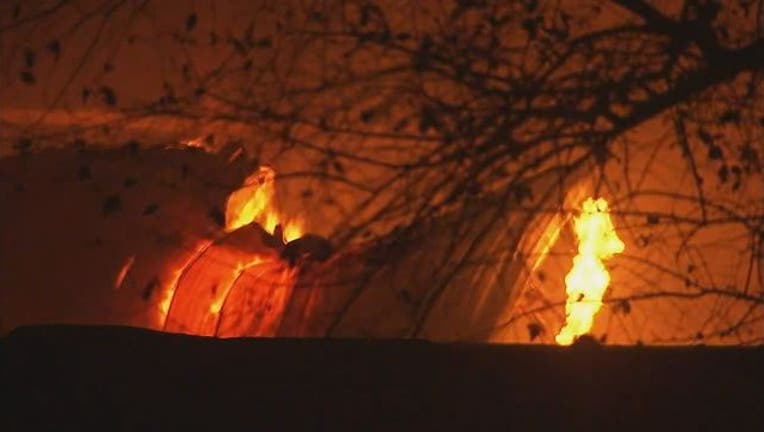 According to the Detroit Fire Department's data, the average number of structure fires annually in the city has dropped by 42 percent since 2014, the Detroit News reported.

Detroit Fire Commissioner Eric Jones said the city has ramped up efforts to prevent fires, and identify and arrest arsonists.

"When a home is demolished, that is less fuel for arsonists to use to commit their crimes," Jones said. "It's showing a significant effect."

But the fire union's president, Mike Nevin, is questioning the department's data, claiming that officials are omitting structures and separating fires into categories to skew the numbers.

The newspaper's analysis of structure fire rates in other large Midwestern cities found that Detroit's daily average outpaces them by more than three times.

Milwaukee, Wisconsin, and Columbus, Ohio, both average fewer than two structure fires per day, even though Milwaukee has a greater density of people and Columbus has more land.

The city has a long way to go, and is inadequately staffed to fight the fires, Nevin said.

Nevin hasn't provided figures to discredit the administration's data. He said he was waiting for an open records request before making his own tally of the city's structure fires public.

There were 46,578 total fire incidents in 2018, according to run sheets compiled by the fire department's administration and submitted to the state. The daily run sheets show there were 839 structure fires, an average of about seven per day, just from June through September of last year, Nevin said.

"That is how they are manipulating runs and categorizing runs to fit a false narrative that people are properly protected," Nevin said.

"We're not patting ourselves on the back and celebrating, but we are seeing appreciable decreases with the fire load," Jones said. "There are far too many fires in the city, but there is value in this data to demonstrate that we're turning a corner and that the city is becoming healthier."