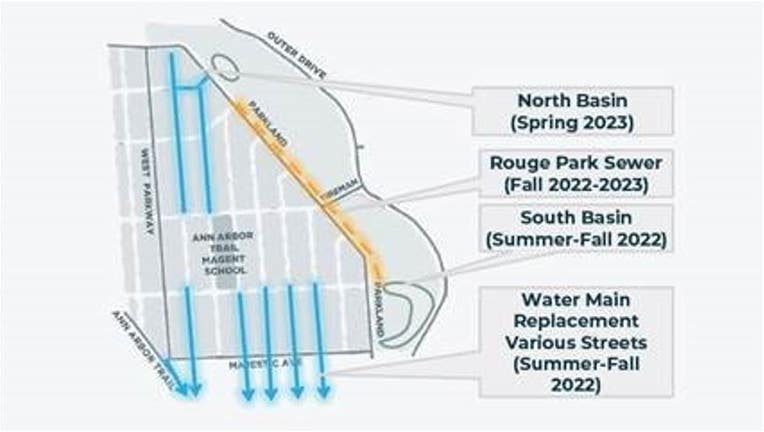 DETROIT (FOX 2) - Detroit says its taking on one of its most ambitious stormwater projects ever with the launch of a new $40 million system that will divert rainwater and snowmelt from an entire west Detroit neighborhood.

When complete, the two new detention basins will have the capacity to remove 98 million gallons of runoff every year, moving it into the Rouge River which flows into the Detroit River.

Calling it "our largest stormwater project" ever, Detroit Water and Sewerage Department Director Gary Brown the work should add significant flood relief to an estimated 1,200 homes in the Far West Detroit neighborhood, located near Warren and Telegraph.

"The stormwater improvement project in Far West Detroit is unique to our other 16 green stormwater infrastructure projects in that it redirects stormwater from an entire neighborhood into new detention basins in a city park and keeps it out of the sewer system by discharging to the Rouge River," Brown said. "It is transformative projects like this which will lead to operating a more climate resilient sewer system."

Flooding has been a persistent problem for many Southeast Michigan neighborhoods, including those along the Detroit River and the Rouge River that frequently see standing water after severe weather.

The plan for a new stormwater retention plan has been in the works since 2016. The groundbreaking for the work, estimated to take about five years, began this week after the Department of Environment, Great Lakes & Energy has been secured. 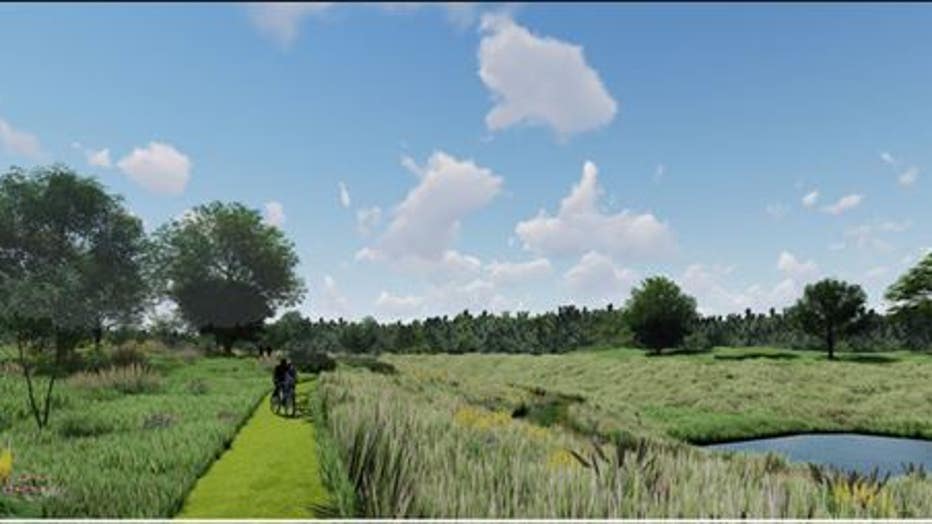 Much of the money was secured from the Oakland County Water Resources Commission to benefit the Evergreen-Farmington Sanitary Drain Drainage District.

The plan is to install two basins along Parkland Road where stormwater will be stored before it can be filtered into the Rouge River. The North Basin will be across the road from Constance and will be installed in 2023, while the South Basin will go near Sawyer Road in 2022.

There will also be a sewer line that's run along Parkland Road and several water main replacement throughout the neighborhood.

DWSD says it will host a community meeting with the Friends of the Rouge Park advocacy group in the neighborhood over the next six weeks.

"A year ago, I was in this same neighborhood where residents had experienced flooding and lost many of their possessions," said Councilman Fred Durhal III who represents District 7. "This neighborhood of 1,200 homes will feel the relief from this project in preventing basement backups and having the lead service lines replaced."

The contractor selected for the project is Major Contracting, a Detroit firm selected through the bidding process.