An 11-year-old girl was shot and killed after a stray bullet went into her Detroit house during a sleepover.

DETROIT (FOX 2) - Eleven-year-old Saniyah Pugh's life was cut short after she was shot and killed on Detroit's east side.

Prosecutors say her death was entirely unnecessary senseless and due to the careless actions of 21-year-old William Dickerson.

According to prosecutors, Dickerson was at home with the teen. They were outside in a backyard and fired multiple rounds from a gun, and a stray bullet went toward Pugh's house.

"The bullet goes right through the fence, straight and into the back of the house, where Ms. Pugh is struck and dies from it," said assistant prosecutor William Lawrence.

The 21-year-old suspect has had multiple run-ins with law enforcement. He was on probation for carrying a concealed weapon. Prosecutors say investigators found an assault rifle with a loaded magazine, a 9 mm handgun, and live ammo in his home.

"He is a danger to the public," Lawrence said.

Dickerson's defense attorney said several people were in the backyard, and his client is innocent until proven guilty.

"There were several people in the backyard - no one knows who fired the weapon," said defense attorney Antonio Tuddles.

The court believed Dickerson was a danger to the community and denied him bond. The teen who was also with Dickerson is expected to be arraigned Saturday. 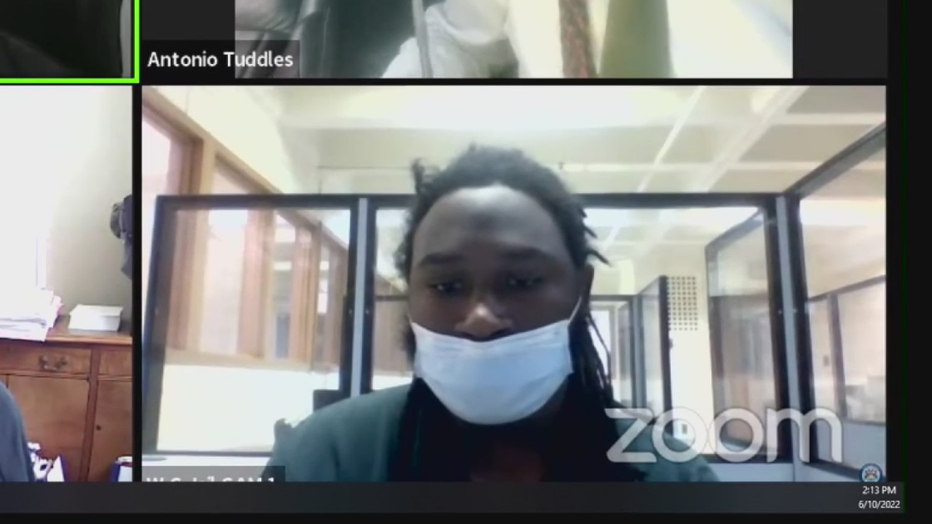