DETROIT (FOX 2) - A Detroit man is facing murder charges linked to the mass shooting on Coyle Street that ended with two people dead and six others seriously hurt.

Winston Kirtly, Jr. was charged with two counts of murder, six counts of assault with intent to murder, two counts of discharge at a building, and 10 counts of felony firearm.

According to Detroit Police Chief James White, Kirtly was angry about a parking issue with his neighbors across the street. White said the neighbors were having a party and, around 1:30 a.m., Kirtly was mad that one of the cars had blocked the driveway.

"It’s incredibly sad that two families have to bury their loved ones who were killed over a minor dispute by someone who had no respect for the lives of others," said White.

Kirtly is accused of shooting at the party-goers from the second floor of his home on the other side of Coyle Street.

According to the Chief, Kirtly was arrested inside his own home shortly after shooting. He said on Monday that Kirtly, who has a military background, had 11 guns ‘strategically hidden’ around his home.

"Thankfully, our officers were able to take this suspect into custody before anyone else was hurt, but this shooting never should have happened. We need every business, every faith-based organization, every school and every Detroiter to step up and work together to put an end to the violence we’re seeing."

Kirtly will be arraigned on Wednesday on the charges. 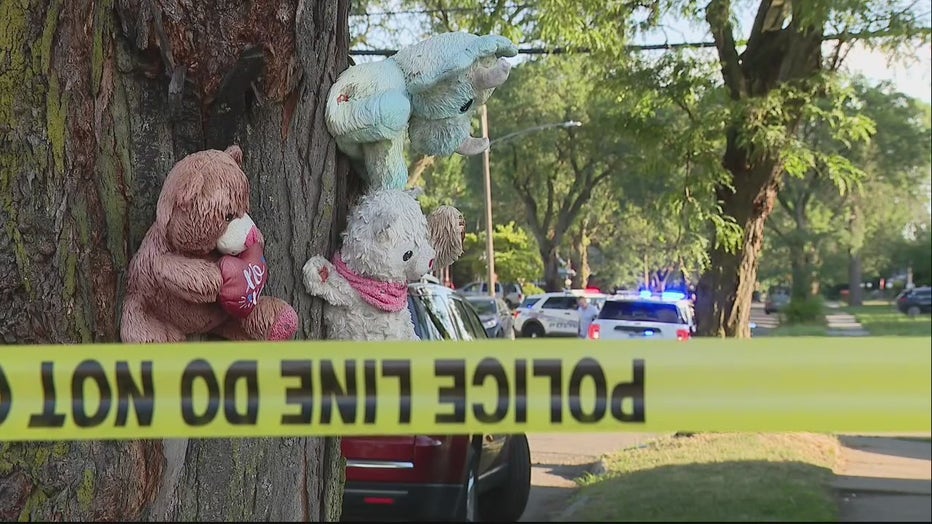