DETROIT (FOX 2) - A Detroit man has been charged with driving over a 2-year-old girl after relatives of the victim said he tried to run over someone else.

Michael Fogle, 36, was charged Thursday for driving over the 2-year-old girl last week.

It happened last Friday on Mecca Street and Schaefer on Detroit's west side. According to prsoecutor Kym Worthy, Fogle got into an argument with a member of his family and then drove over the little girl.

The family members said he was trying to run over someone else when he backed into little Aeva.

The girl was taken to the hospital with multiple injuries.

Despite her extensive injuries, Aeva is expected to recover. 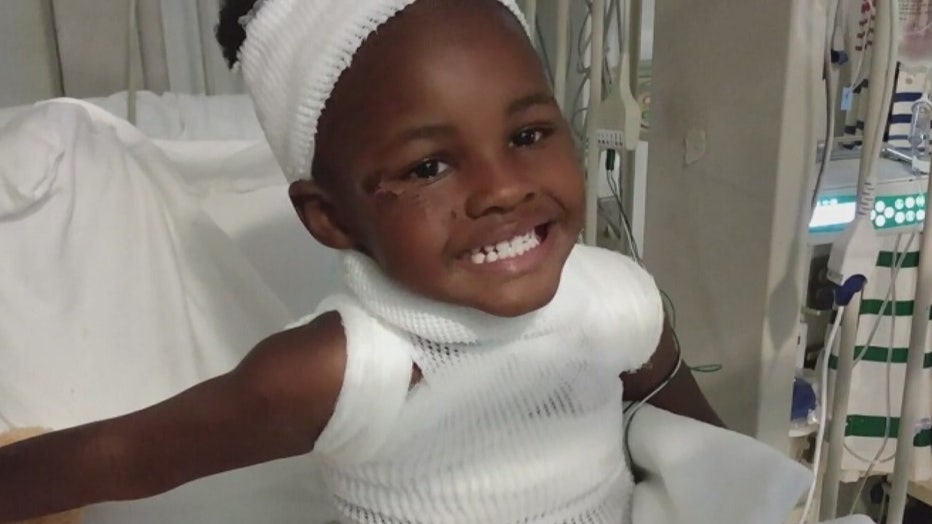 "From her top to the bottom it's all fractured, her bones are broken," her mom, Asia Hutchins, said. "She's good, she's happy, she's doing her stuff, laughing, smiling, eating."

Fogle was charged with reckless driving causing injury, failure to stop at the scene of a crash, driving with a suspended license, and two counts of assault with a motor vehicle