In a show of support for the Arbery family after their son was shot and killed last year, eight Detroit religious leaders will fly to Brunswick in Georgia and join hundreds of other pastors around the U.S. also congregating.

WATERFORD, Mich. - Several Detroit pastors plan to fly down to Georgia Thursday to support the family of Ahmaud Arbery, the Black man that was shot while jogging last year.

"Pastors from across the country are gathering in Brunswick Georgia to make it very clear, we're praying for the Ahmaud Arbery family, and we're praying for justice," said Rev. Charles Williams, of the King Soloman Baptist Church.

While the high-profile murder was among the major catalysts for massive demonstrations around the U.S., it's the trial that's drumming up news over the last couple of weeks.

Last Thursday, one of the defendant's attorneys complained about the presence of Rev. Jesse Jackson and Al Sharpton in the courtroom. Arbery's mom, Wanda Cooper-Jones, began to weep while in court. The defense argued the factors could unfairly sway the jurors.

"We don't want any more Black pastors coming in here," said Attorney Kevin Gough, who is representing William "Roddie" Bryan, one of the men on trial.

The statement was not received well by the judge. Furthermore, it has galvanized Black pastors from around the U.S., who plan to fly to Georgia Thursday to support the family.

That includes eight pastors from Detroit. 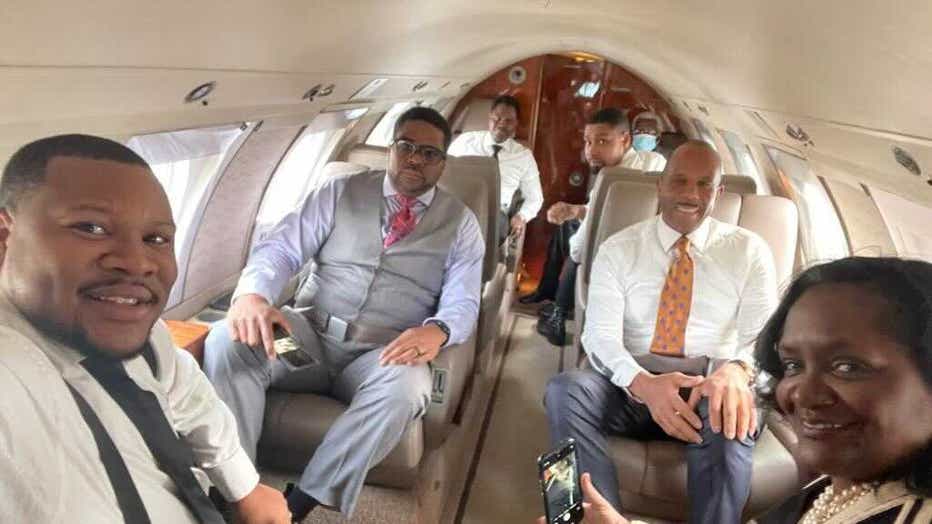 Expected to leave from the Oakland County airport and travel to Brunswick Georgia, the Detroit congregation will meet up with hundreds of other faith leaders to offer support for Arbery's family and hold a prayer outside the courtroom today.

Arbery's murder, which happened in February 2020, was the latest high-profile killing of a Black American that prompted a surge of protests and demonstrations around the U.S. last year.