Twelve cars were impounded and DPD is taking legal action to get them forfeited for good. One spectator was run down by a fleeing car, but was hospitalized and is expected to recover.

DETROIT (FOX 2) - Detroit police seized cars and made arrests at a street race last weekend at a rec center parking lot on the west side. DPD is making it clear drag racing will not be tolerated - and participants will get caught.

Three people arrested and 20 spectators were ticketed just for being there. Twelve cars impounded and DPD is taking legal action to get them forfeited for good.  One spectator was run down by a fleeing car, but was hospitalized and is expected to recover.

"You have inexperienced drivers with high power vehicles in a small confined area, and could lead to very bad things happening," Cmdr. Brian Harris said. "The recklessness of the drivers placed everyone at that event in danger.

Video courtesy of the Metro Detroit News, shows a purple Dodge Charger and his buddy in the two-tone Mustang accelerating away from Detroit police which busted the drag racing and stunt driving crew.

Everyone involved is in their late teens to mid-20s. And of the 23 people that were arrested or tickets – only two of them were from Detroit. The rest, from the suburbs outside the city and from as far as Saginaw. 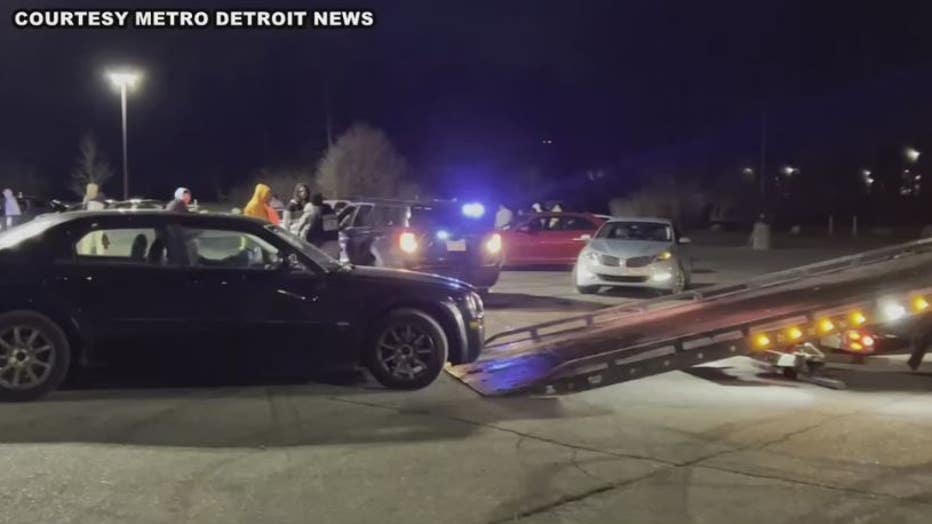 "When you come here to create crime, or you come here to endanger the citizens of Detroit and then go back to the suburbs and sell that false narrative that Detroit is lawless - and that’s not the case," Harris said.

This was the first weekend of the year that DPD dealt with these types of drivers in numbers. The commander says it won’t be tolerated. And if you run – they say, they have as proven ways to track you down.

"This youthful fun that you’re having is a danger," Harris said. "Not only to yourself but everyone on the roadway." 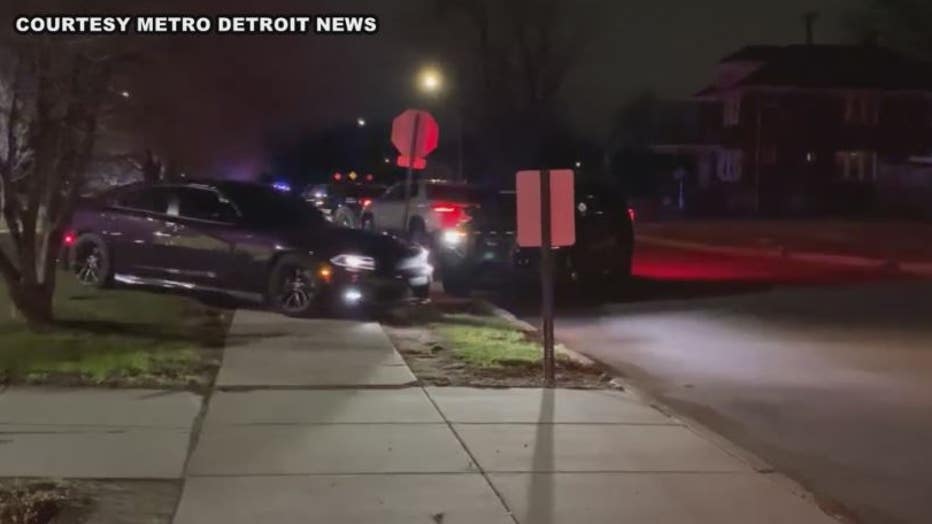