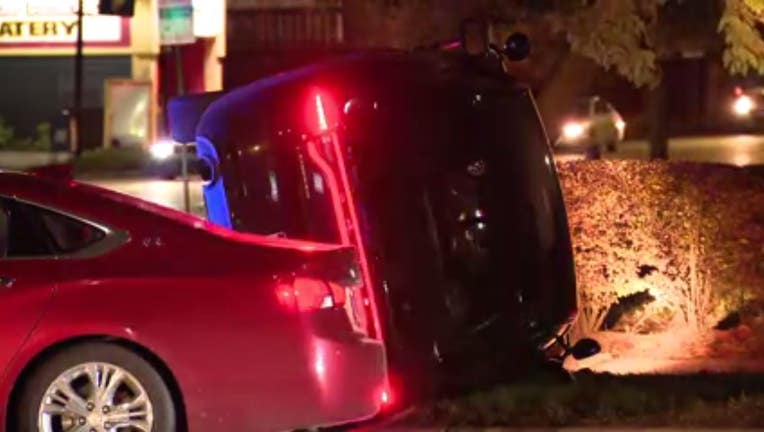 A Detroit Police Officer suffered minor injuries after their scout car was hit while they were responding to a call for backup Friday night.

DETROIT (FOX 2) - Two Detroit police officers were hospitalized Friday night after their police unit was t-boned by a car that police said ran a red light.

According to Detroit Police, the crash happened at 7 Mile and Hoover a little after 9 p.m. when the officers were responding to a call for backup and were t-boned when a car ran the red light.

The scout car hit another car before rolling over and eventually coming to a stop on the passenger side. Both officers were taken to the hospital for minor injuries and are expected to be okay.

One other car at the scene had frontend damage but the conditions of the other drivers was not released.

Two Detroit Police Officers were hospitalized Friday night when their car was t-boned by another car that ran a red light.