According to Detroit Police, they were in the 16600 block of Lilac around 10:45 p.m. when they spotted a group of men drinking outside. Police stopped to investigate and a 30-year-old man ran from the scene.

Officers are checking block by block, while not long ago a photographer for FOX 2 said he heard what sounded like five gunshots.

As police chased him, they said he fired a shot at the officers and then kept running.

Michigan State Police were called in to help search for the suspect with a canine to help find the suspect.

Officers were able to catch up to him and shoot at him but did not hit him.

The man eventually dropped the gun near a home while the police continued to search for him. They eventually caught up to him, but he resisted arrest, police say, and pepper spray had to be used to bring him into custody.

Officers were checking block by block, while not long ago a photographer for FOX 2 said he heard what sounded like five gunshots. 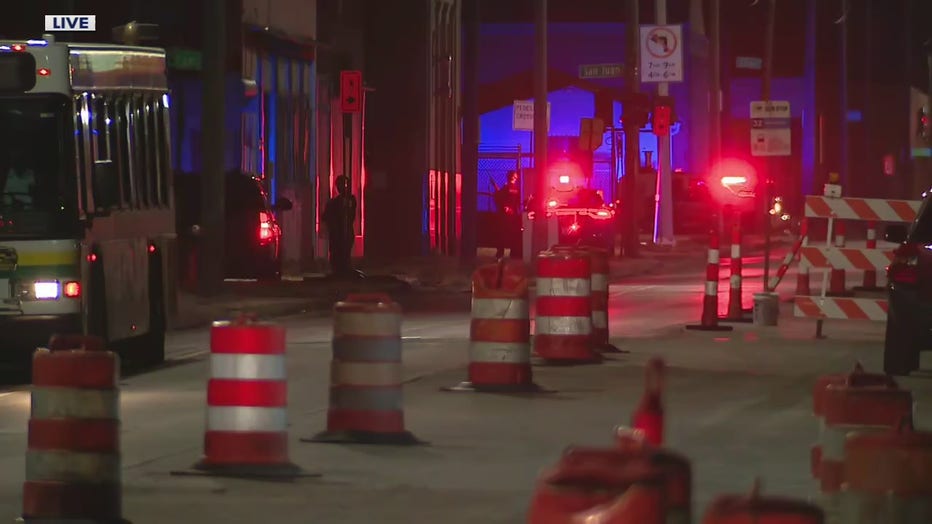