Halloween weekend mostly a quiet one for Detroit police

It’s a very different post-Halloween story than we’ve told in the past about Detroit, where Halloween and the night before, known as Devil’s Night used to be chaos.

DETROIT (FOX 2) - It’s a very different post-Halloween story than we’ve told in the past about Detroit, where Halloween and the night before, known as "Devil’s Night" used to be chaos.

"We had over 300 planned events, and not one incident," said Chief James White. "Twenty years ago, we all know the stories they weren’t fun times, for the community and for the police officers."

From violence to arson. First responders in the city in droves, would run from one call to the next. But, this year, Chief James White says – it was relatively quiet.

"I want to say we had a good weekend," he said. "We all know historically we have not been able to say that."

There were two homicides on Devil’s Night, Oct. 30th. But White says those were isolated, and not Halloween-related in any way.

Detroit Fire says they had six building fires between the two nights and can’t say any were arson at this point.

"We got the focus where it should be, and not on the people who victimize our community, and burn dwellings, and things like that," White said.

White credits proactive policing – part of his strategy since he started in June and letting data – on where crime has happened - dictate where his officers patrol.

"We look at our hot spots and we see what’s happening in the community," he said. "We also try to get ahead of our major events that are happening."

That’s exactly what DPD did Friday before a big event scheduled at the "Club TNT" off Eight Mile on the city’s west side, which had been plagued with problems - shootings, death investigations, and noise complaints.

"Consistently problematic," White said. "They did not have a license and we went in there and we shut that business down. They had a large event planned and they weren’t able to do that." 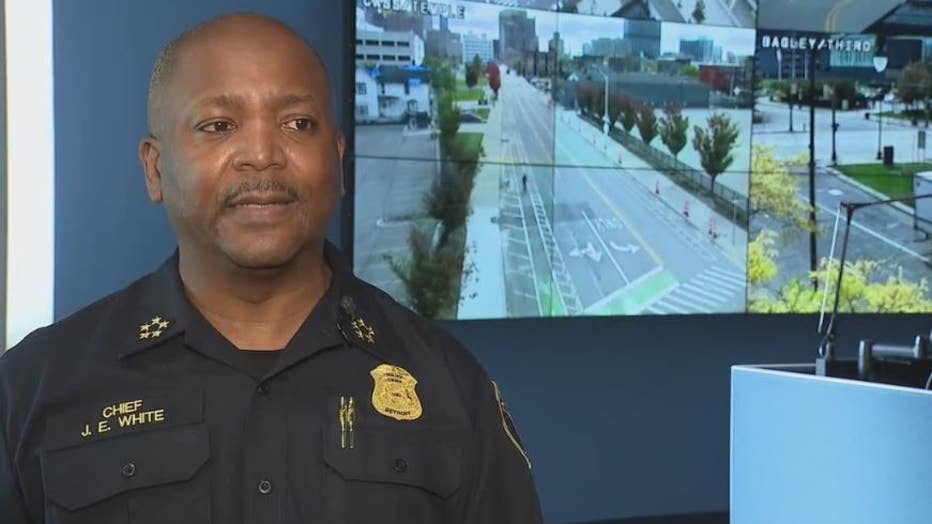