Detroit police are looking for 16-year-old Mehki Green after he was named a person of interest in the shooting death of 15-year-old Robert Harris. Harris was killed after he planned to fight someone who instead brought a firearm.

DETROIT - Detroit police have named a 16-year-old a person of interest in the shooting death of a teen that died in his brother's arms a week ago.

Police are looking to speak with Mehki Green, who they believe has information on the suspect shooter that allegedly murdered 15-year-old Robert Harris Jan. 7 at an east side gas station.

Surveillance video released by Detroit Police Chief James White showed the seconds that led up to the shooting.

RELATED: Family of 15-year-old killed at gas station desperate for gunman to be caught

The footage shows a man wearing a facemask and a hood repeatedly checking his handgun and firing into the gas station.

It happened on the corner of Seven Mile and E. Outer Drive in the evening. 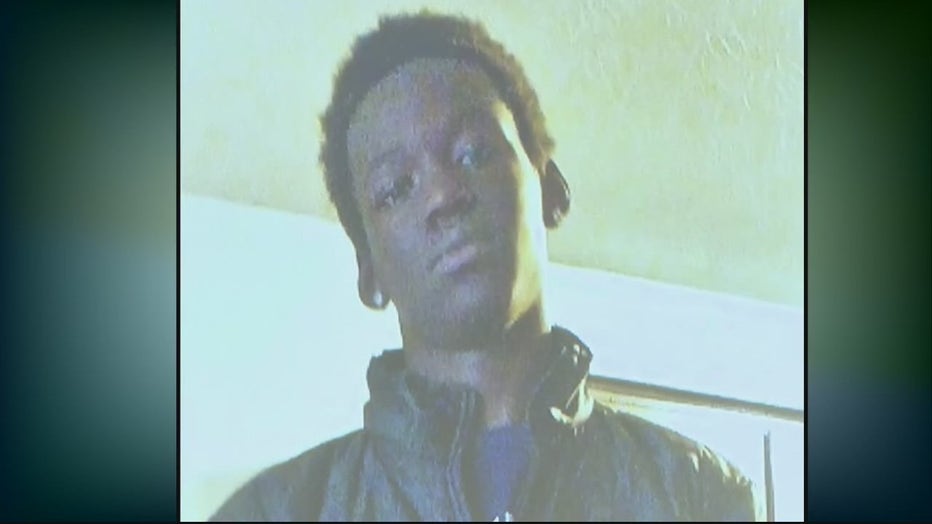 Harris reportedly planned to fight another teen over beef that had fomented on social media. He died while being held by his brother.

"He held his brother until his last breath and that's nothing no kid should go through," said Tasneen Sherrod, mother of Harris.

"The boy that shot my son - he's 15 years old. Same age as my son," said Sherrod before raising her fists. "Didn't want to throw up these but you picked up a gun."

Harris had planned on becoming an engineer one day.