DETROIT (FOX 2) - "Before, they were a little nervous, like, 'Oh, we're going to get a ticket on Christmas,' you know, oh here we go, police are pulling us over."

But instead, toys, not tickets. It is Christmas, after all.

A Detroit police officer and his partner handed out toys instead of tickets on Christmas Day in honor of one officer's late grandfather, who was also a veteran of the department.

Detroit police officer Danny Bunnich was the brains behind the idea, wanting to bridge the gap between police and the community.

The toys were bought with donations Bunnich collected with his cousin by going door-to-door at Detroit businesses.

"A lot of us are out here trying to do good, trying to make a difference one person at a time," Bunnich said.

Bunnich takes after his grandpa, a 30-year veteran of Detroit police. Sadly, he passed away just this week. The 22-year-old was off on bereavement but came back to patrol Christmas Day to follow out his mission.

"I know he was really proud when I joined the department, he actually pinned the badge on me. I think he'd be pretty proud," Bunnich said.

It's of course for the kids, but the surprise gives these Bunnich and his partner Raul Martinez a boost, too. 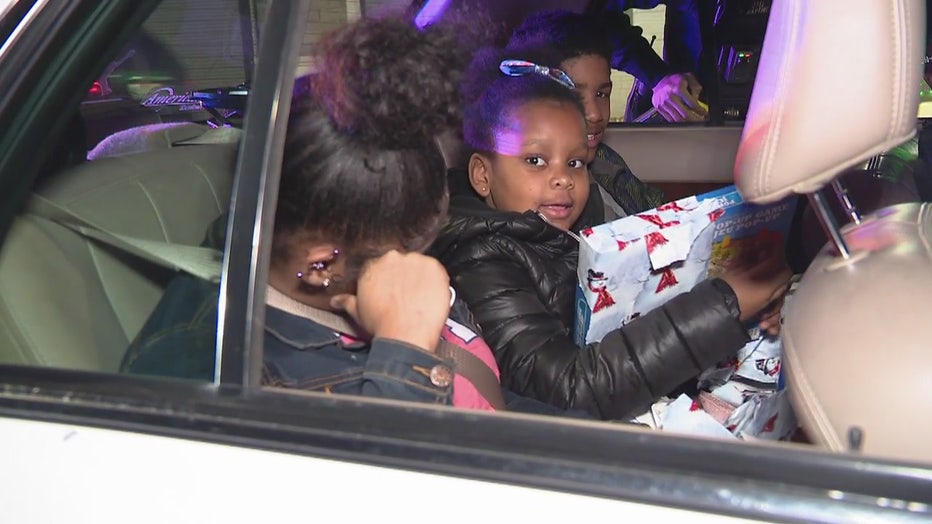 "I heard from one of the parents on the traffic stop that they had a hard Christmas this year, so it was nice to see we were helping somebody," Bunnich said.

The partners do what they can, when they can to humanize the police.

"There are a lot of kids that we need to change their perspective about police," Martinez said.

The smiles they saw on Christmas Day show this just may be working.