DETROIT (FOX 2) - Last summer an internal investigation was launched by Detroit police after a white officer attempted to forcefully arrest a black officer at a training center.

That officer says what happened back in June was a clear case of racial profiling and his lawyer says if it could happen to a black cop with 15 years on the force, it's safe to assume it's happening to black men on the streets of Detroit.

"When your black with money that's a threat," Christopher Williams said.

FOX 2: "And all sorts of assumptions are made?"

That is the thought Williams was left with after being shoved against a fence, handcuffed and detained by a young white officer named Tom Jones at the Detroit Police Training Center back in June.

Jones spotted Williams counting and pocketing a large amount of cash in the bathroom and then went after the 15-year veteran as he walked to his car.

"There's no other evidence that would suggest any wrongdoing other than him having money and other than him being a black man," said attorney Todd Perkins. "And the words of the officer to the extent, 'You shouldn't have this kind of money on you.'"

Williams is now suing Jones and the city of Detroit claiming his 4th and 14th Amendment rights were violated and the incident left him embarrassed and humiliated.

"I think some of what Mr. Williams, Chris deals with, is the initial response - or the lack thereof - or the insinuation, that he may have done something wrong," said Perkins.  "It was out there."

"To say that there is a racial component, I've got someone in the bathroom with a very large sum of money on him and inquiries being made as to where did you get the money? It's not unreasonable to me," White said.

White told FOX 2 then, that it was possible Jones did not know Williams was a cop, an internal investigation was launched after the incident.

We're now learning a warrant package for Officer Jones was submitted to the Wayne County prosecutor's office back in September.  That warrant is still under review. 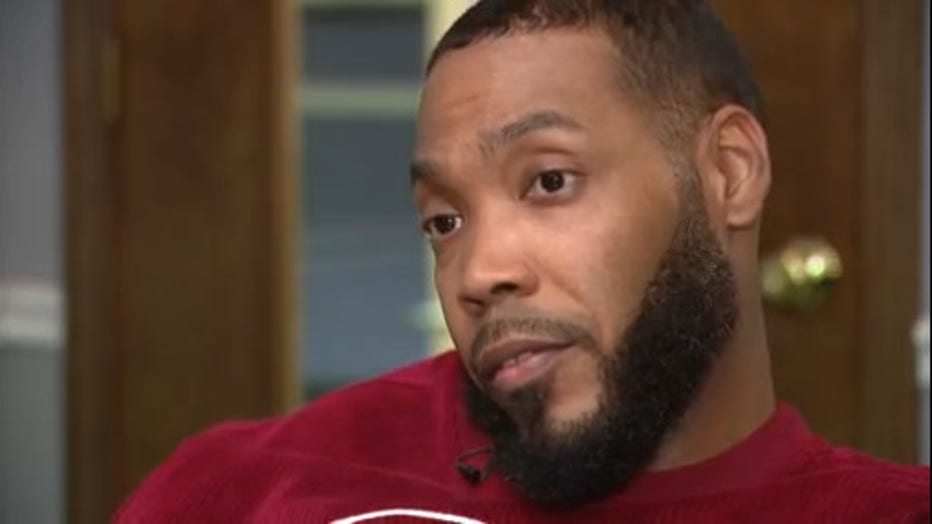 "I look at Mr. Williams as being - I know he's going to be like, 'How are you going to say that about me,' but as being the lucky one," said Perkins. "What about the guy in the street who doesn't have his partner at his side? Who doesn't enjoy the right to call himself a police officer? What about that individual? That's what's scary to me."

Williams was holding the cash for his girlfriend who is a Detroit police officer and was also at the training center. She had just sold her home and planned to use the money pay off some bills.

Perkins says Jones only released Williams from custody after his girlfriend showed him the bank receipt for the cash.

And both Williams and Jones are still employed with DPD.  A spokeswoman for the department says Jones is on restrictive duty.

According to City of Detroit Corporation Counsel Lawrence Garcia, lawsuits alleging claims as a result of Detroit Police activity have cost the City more than $33 million since January 2015 till now (lawsuits against the city were on hold during the bankruptcy).

Compared to Chicago, Garcia says Detroit pays out much less per capita for claims arising from police activity. Chicago's per capita police payout is $91.82 per resident. Detroit's number per resident is $35.60. That comparison is drawn from the last five years of data as of this summer.