DETROIT (FOX 2) - Waking up - to a winter wonderland, 70-year-old Sharon Pannell of Detroit wondered who was going to help her shovel all that snow Tuesday.

After heavy snowfall, Detroit police pay special visits to seniors to shovel for them

The Detroit Police Department stepped up to protect and serve the community when it matters most. Officers bundled up this morning to shovel sidewalks and driveways for seniors in the city.

But Pannell and several other senior citizens got some relief from DPD's men and women in blue.

"They said don't worry about it we got you," she said.

Community policing at its finest, as officers from the city's second precinct visiting the homes of single Detroiters over 70 - on Lesure Street near McNichols and Schaefer.

"Our senior citizens especially, we want to make sure they're safe, they don't try to come out here and shovel, then they (could) suffer a heart attack or something, so we try to take that off of them," said Officer Errol Franklin. 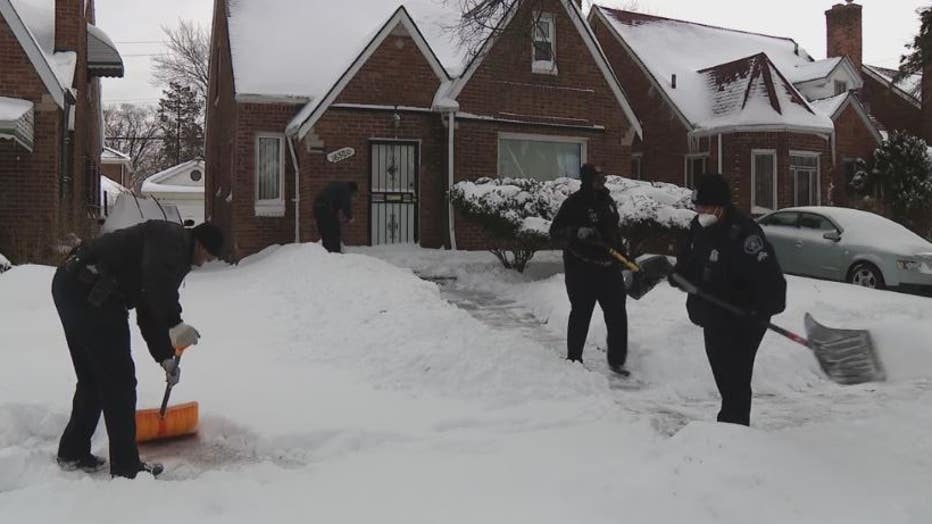 Pannell - who's retired - seems to be one of the Second Precinct's biggest supporters.

"I do appreciate my police," said Sharon.

She surprised to see DPD in her driveway, bright and early.

"If they need something all they gotta do is call me - I'm coming," she said.

And she was even more surprised- by how quickly they managed to get the job done, with smiles on their faces. 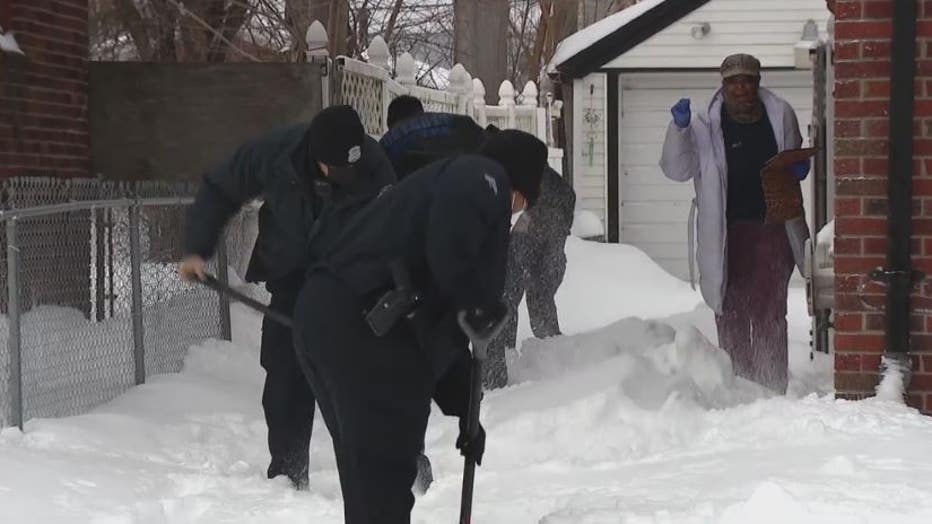