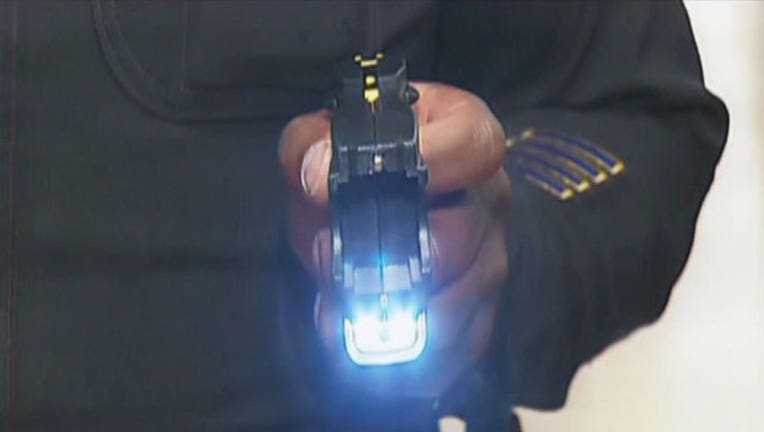 DETROIT (WJBK) - Soon Detroit police officers will have another option to dealing with unruly subjects they encounter on the job.

The police board of commissioners voted unanimously for officers to carry Tasers - and Chief James Craig for one couldn't be happier with this decision.

"Someone who is acting in a bizarre behavior, a deployment of the Taser can save that person's life," Craig said.

The chief speaks from experience having had conducted electrical weapons or CEWs at his disposal throughout his career including Los Angeles, Cincinnati, and in Portland, Maine where they went from no Tasers to everyone on the force carrying one.

"We saw not once but several times where the option to deploy a Taser resulted in saving someone's life," Craig said.

Detroit has attempted to get Tasers for officers in the past however; the climate has changed according to Commissioner Willie Burton who said the recent statistics likely contributed to the unanimous decision to approve them.

Eight DPD officers injured or killed in the line of duty since September and the option of a Taser could have made a difference or hopefully will in the future.

DPD is looking to acquire models with prongs that attach to the subject delivering 50 thousand volts of electricity from a range of 15 to 20 feet away."

The next step will be putting a policy on the books and then testing their use in a pilot program.

"We want to make sure our officers are properly trained certainly we will have strict guidelines on the use of the Taser," Craig said.