DETROIT - The Detroit Police Department is seeking the public’s assistance in identifying and locating a suspect wanted in connection to larceny that occurred on the city’s west side. 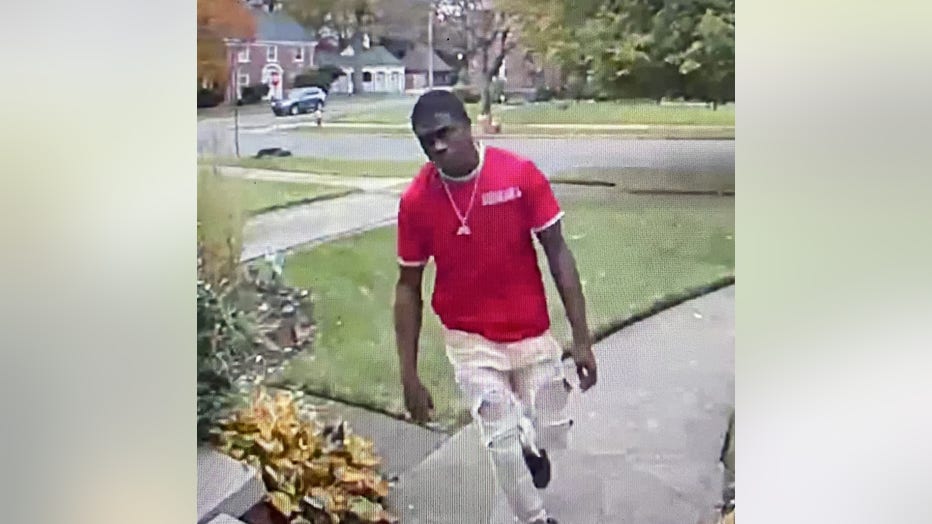 Police say on Oct.29. at approximately 3 pm, the suspect was caught on a ring doorbell camera walking up to a home located in the 18000 block of Oak Drive, and taking a package off the porch, then fleeing on foot.

The suspect is being described as a black man, who was last seen wearing a red shirt with the word “Chicago” on the back. He also had on beige khaki pants.

Anyone with information on the suspect’s whereabouts, should call the Detroit Police Department’s 12th Precinct at 313-596-1240, or Crime Stoppers at 1-800-Speak-Up.