DETROIT (FOX 2) - The federal government is donating almost $75 million to combat poverty and homelessness in Michigan - and about $25 million of that is coming to Detroit.

The massive infusion of cash will aid groups dotted around the city that provide housing, assistance and career advice to those in need.

"On behalf of the United States of Housing and Urban Development, I'm proud to announce we are awarding nearly $74 million to help end homelessness in Michigan, including nearly $25 million here in Detroit," said Joseph Galvin of HUD.

At the forefront of the homeless fight is Tasha Grey, who runs the Homeless Action Network of Detroit (HAND). She said that homeless rates have been trending down in Detroit for almost 10 years.

"I remember when I started this work here in Detroit in 2009, that our annual homeless numbers were topping 20,000 people," Grey said. "We've made a lot of progress, but there's still a lot of work to do."

The homeless rate is around 10,000 in Detroit. Much of the work that the city and state have been able to do can be attributed to funding being drawn down from the federal government.

Groups often assist people who needed shelter after fleeing dangerous situations at home. That could be abusive parents or scenes where domestic violence is present. Francesca Northrop counts herself among the ladder.

"They helped me find my first apartment. I've caught up on a lot of past bills that I fell behind in after the Domestic Violence Rapid Rehousing Program has assisted me with rent and utilities," said Northrop.

Northrop is now a manager at her place of business. Part of her journey toward that point was due to help from the rapid rehousing program.

Northrop may not be in the same situation she was years ago, but another man who spoke out at the press conference is. Hearing testimony from speakers, he told people at the podium and audiences about his struggle.

"I wish that somebody would help me because I've been homeless for the last five years," he said. 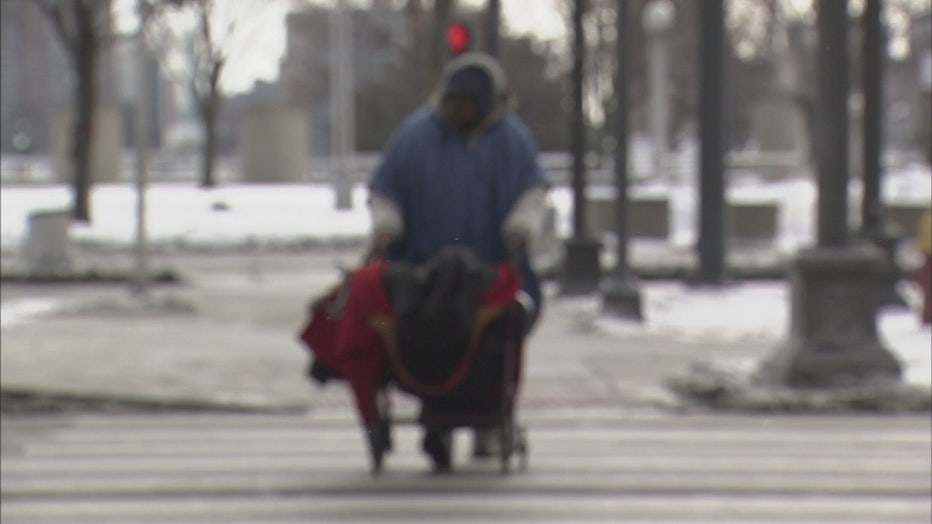 The money will benefit more than 300 programs that are connected to HAND.

"We're thrilled about this resource because it's going to help the service providers who are essential to helping people making the connections to get off the street and into safe, clean and decent housing," said Arthur Jamison of who ran the city's Housing & Revitalization Department.