When Dr. Ossian Sweet moved into a home on Garland 96 years ago, he was entering an all white neighborhood and was soon met with a mob. Then he was charged with murder.

DETROIT (FOX 2) - Nearly 100 years ago, Dr. Ossian Sweet bought a home at 2905 Garland at the corner of Charlevoix St. The neighborhood at the time was all white families and the medical doctor would soon find out they were not wanted.

Dr. Sweet's home has been on the Michigan Register of Historic Places for more than 40 years. But this week, it received another recognition in the city of Detroit as it changed the trajectory of American history.

When Dr. Sweet moved his family into the home in 1925, they were soon surrounded by a mob, which soon grew extremely violent.

Daniel Baxter is the Executive Director of the foundation that bears the doctor's name and explains what happened next. Rocks were thrown through the windows and someone inside pulled a gun.

"They had to defend it because a mob gathered around with one main intent - to kick everyone out this house and send them back to Black Bottom," Baxter said. "Unfortunately someone was killed as a result of that incident."

During the violence, someone fired a shot and the Sweets and several others were charged with the murder. With legal support from the NAACP, they were all eventually cleared and acquitted.

"The question was whether or not the right for a man to defend his home or defend his castle applied to African-Americans and in this incident, it came out on the positive side," Baxter said.

The date of the mob scene was Sept. 9, 1925. This week, on the anniversary of the mob, the city remembered it with the unveiling of the City of Detroit Historical Marker.

It joins a state and national historic marker that was put in place in 2005.

Baxter has a special connection to the house as his family eventually bought it from the Sweet family. This is the home where he grew up and, at the age of ten, he made it his mission to learn all he could about Dr. Sweet. His mom helped and presented a wealth of knowledge.

"She brought out this briefcase with a treasure of newspaper articles that told the story of who Dr. Sweet was," Baxter said.

The home's past will be remembered in the future after a half a million-dollar grant was secured in 2019 to restore the home to its historical significance in 1925. Baxter says he's working to turn the home into a museum with a very realistic feel of what it was like that night.

"(The idea is to) be catapulted right back to 1925. We want to make sure it is interactive so when they come in they can hear the sounds of the mob," he said.

Baxter believes it’s crucial to take this step back in time for all to appreciate what Dr. Sweet and this home means in American history

"Forever be present so that other people might have the ability to appreciate its significance in the fabric of America," Baxter said. 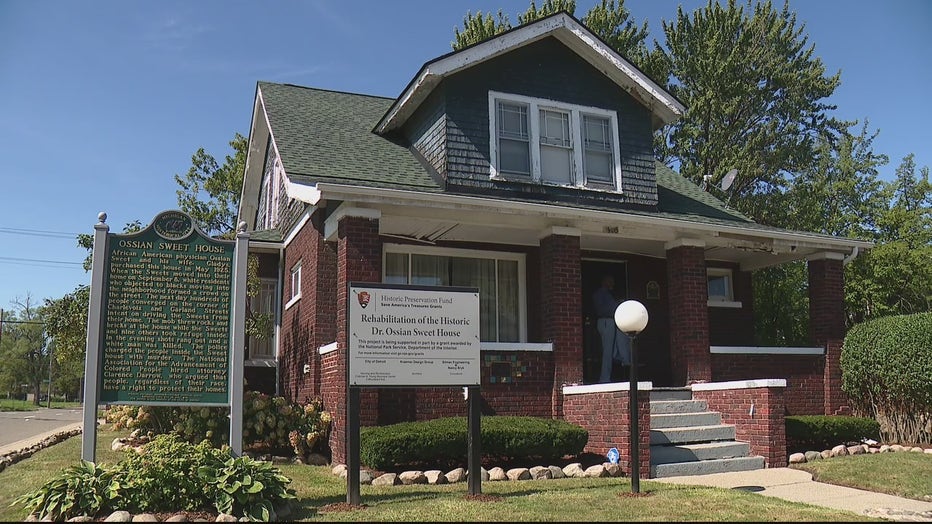