DETROIT (FOX 2) - Clergy outraged by President Donald Trump's photo op in front of the historic St. John's Episcopal Church in Washington DC, after it had been vandalized over the weekend, read scripture today outside of an historic church of our own in Metro Detroit.

"Let justice roll down like water … righteousness like an ever flowing stream," one religious leader read aloud.

Outside of Detroit's historic Central United Methodist Church, religious leaders recited scripture because of something they saw President Donald Trump do in Washington DC.

Outside of Detroit's historic Central United Methodist Church, religious leaders recited scripture because of something they saw President Donald Trump do in Washington DC.

"Today is in response to Donald Trump using a church sign as a prop and holding a bible, holding it upside down and doesn't know what's inside of it," said Rev. Dr. Jill Hardt Zundel, Central United Methodist Church.

Earlier this week police used smoke canisters and pepper balls to disperse protesters - so that President Trump could visit nearby St. John's Episcopal Church. The historic church was set on fire and vandalized over the weekend when protests in DC turned unruly.

"But photo op isn't important, and it's not worthy of endangering the lives of other people to stand and get your picture taken holding a bible," she said. "It wasn't necessary. He was playing to his base, I thought it was irresponsible. 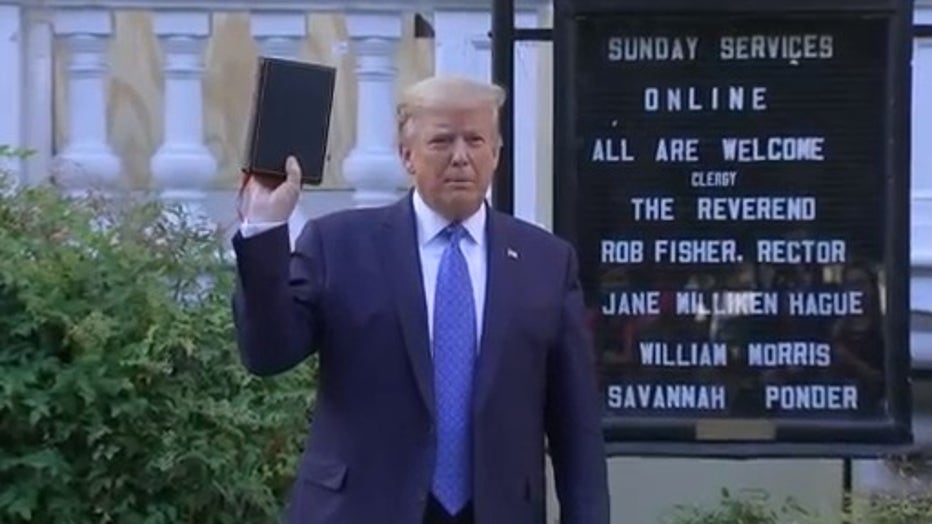 "We have clergy coming from different denominations and reading scriptures of justice and peace that are actually in the bible that Donald Trump held up," she said.

When asked if Friday's display is a protest, a pastor at the church explained it this way:

"Donald Trump actually used tear gas to move people away from the church, peaceful protesters, to hold up a bible that is full of justice and how to treat the poor and how to have compassion on people," she said. "And he showed none of that as he held it up as prop."

The Secret Service has said it did not use tear gas to clear protesters. The US Park Police also denied using tear gas and claimed they were curtailing violence that was underway. 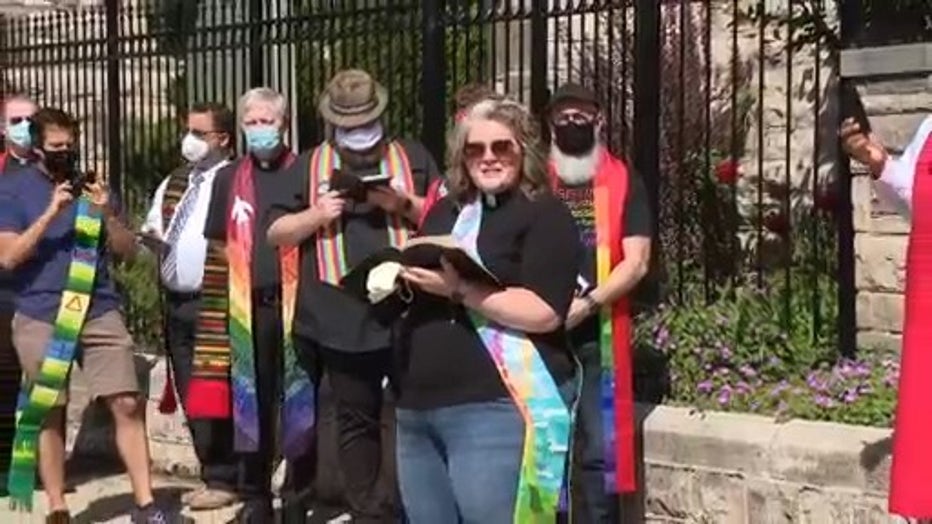 Park Police have confirmed using "Pepper balls" and "smoke canisters." Fact Check.org weighed in on the President's reelection campaign's claim that reports tear gas had been used were "fake news."

Some have considered that campaigns assertion misleading as the pepper balls would have a very similar effect as tear gas. The order to clear the area came from Attorney General William Barr.