"It just started when I was drawing, when I was in preschool and I just grew a love for it as I continued to draw."

On Tuesday, the superintendent of the Detroit School District announced plans to expand the arts and music partnership program at the renowned artistic high school.

Others with the talent, are now benefitting from guidance.

"It gives me the basic principle of art. I also got to see a lot of colleges to help me further my talents and give me more direction for what I want to do in life."

For Brooke Snow and Jose Estremera, the Detroit School of Arts has lived up to its name as a nationally-renowned arts and academic high school. Any students that are aspiring to enroll in the prestigious school, they'll have even more to look out for if they attend.

The plan will cultivate more talent at four new middle school conservatories within the district, which are intended to assist students and boost enrollment in the district. Each school will work with 24 arts organizations that have partnered with the district.

"Some of the most amazing artists in the world have come out in every genre from Detroit. It's a lot to do with community, with the mentoring that goes on here, with the marvelous and richly diverse environment that exists in this city," said one man in attendance.

"The talent isn't the issue, the issue is opportunity. The issue is connecting talent with a pathway of excellence," added Vitti. 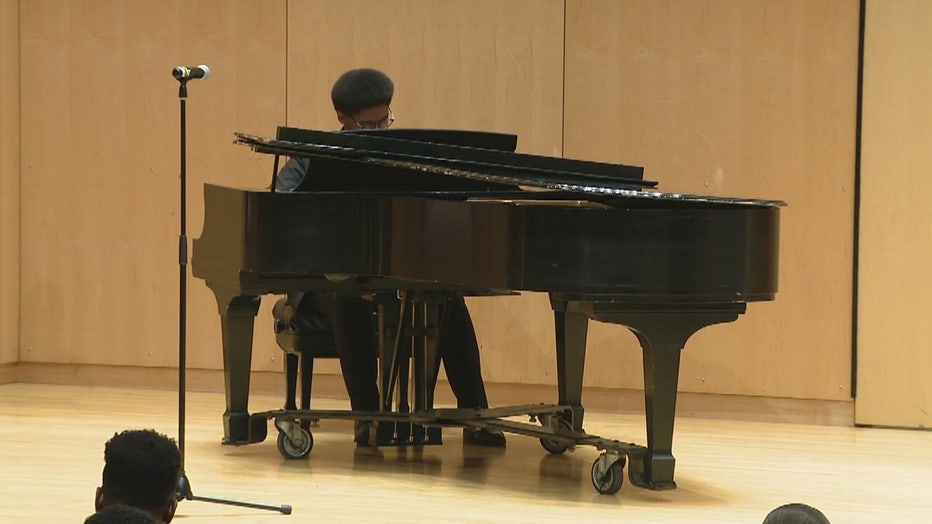 The district started phase one of the initiatives last fall when it began providing programming for multiple art forms either in-kind or at no-cost during the first full year of rebuilding.

The schools that will act as 'feeder schools' are Brenda Scott Academy for Theatre Arts, Duke Ellington Conservatory of Music & Art, the John R. King Academic and Performing Arts Academy, and the Spain Elementary-Middle School.