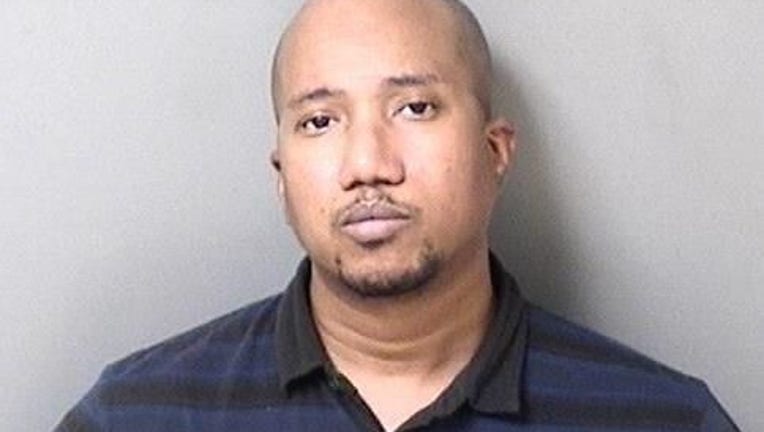 DETROIT (FOX 2) - A serial rapist who pleaded guilty to sexually assaulting five Detroit women and girls was sentenced to 25-50 years in prison Wednesday.

The crimes were solved thanks to genetic genealogy testing.

According to the Wayne County Prosecutor's Office, Wells asked a 13-year-old girl for the time as she walked to school on Jan. 29, 2007. When she continued walking, Wells pushed an object into her back and then forced her into a garage of a vacant home, where he assaulted her.

Wells sexually assaulted and robbed another victim, a 17-year-old girl, as she walked home on the west side the night of Feb. 7, 2007, authorities said. Like the first case, he pushed something into her back and forced her into a garage.

On Dec. 15, 2008, authorities say Wells drove alongside a 17-year-old girl as she walked on the city's west side. He asked for her number then got out of the car and started walking next to her while trying to talk to her.

He grabbed her book bag, pushed something into her back, and told her to keep walking. He threatened her not to run or scream and took her behind a shed where he sexually assaulted her. He told her to close her eyes and count to 100 as he fled to his car, the prosecutor's office said.

A 19-year-old woman was also raped by Wells when he put what the victim believed was a gun to her back as she walked home on March 3, 2011. He ordered her to a home with a detached garage, and assaulted her near the garage, authorities said.

He told her he would shoot her if she ran or screamed. He told her to count to 100 and took her bag containing her belongings and fled on foot.

On Oct. 24, 2014, authorities say Wells approached a 17-year-old girl as she walked home from work on the east side. He asked for her number before pulling out a handgun and ordering her to a field behind a post office.

Read: Man charged in 2014 rape of teen after review of sexual assault kits

He robbed and sexually assaulted her then pointed a gun at her head and ordered her to get into the bushes and count to 100 as he fled, the prosecutor's office said.

After all five assaults, rape kits were taken, and the DNA profile was loaded into CODIS.

In 2019, DNA was submitted to Parabon Nanolabs for DNA and genetic genealogy analysis. Based on the testing, a list of related male suspects was created. One of the suspects was Wells.

After a complete DNA analysis, the known DNA buccal swab of Wells was confirmed to match all five of the sexual assault kits for the cases, and he was arrested in July 2021.