One person died and two others were found with gunshot wounds on Detroit's east side near a club early Wednesday morning.

DETROIT (FOX 2) - One person is dead, and two others are recovering from gunshot wounds following an altercation that escalated to a shooting on Detroit's east side Wednesday morning.

Detroit police have been piecing together what happened after conducting a traffic stop on Chene and Jefferson which led to the discovery of two individuals who had been shot.

Shortly after the stop, they got a report of a shooting outside the Rattlesnake Club where one man was found dead.

The scene on River Place has been active since 2:30 a.m.

The man and woman who had gunshot wounds had been driving in a Cadillac when they were pulled over. They've since been taken to the hospital for treatment where they remain in custody. 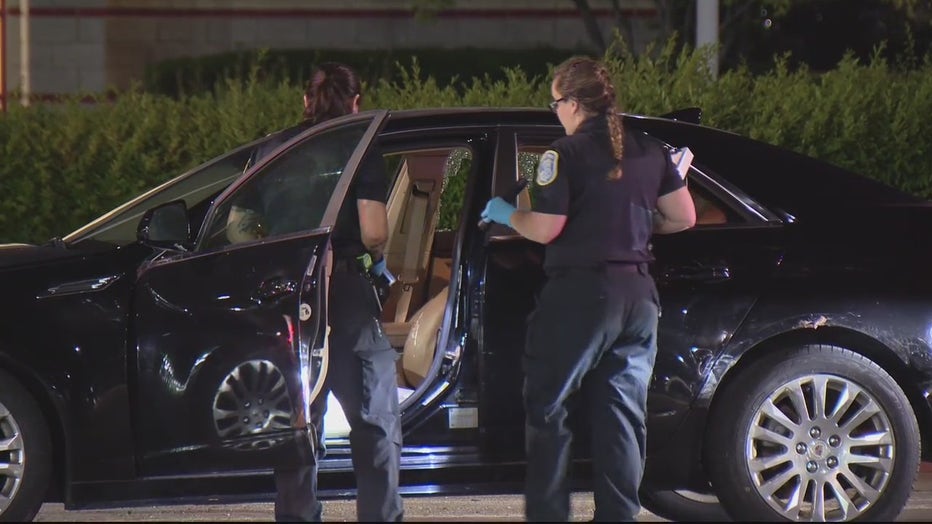 Police canvass the Cadillac that was pulled over with two gunshot victims in it.

According to police, an argument of some kind escalated between two parties before turning deadly.

READ NEXT: Two bodies dumped in Detroit in unrelated cases; one chained up, one a transgender woman

The victim was found lying next to a dark-colored SUV.

Police say while the shooting happened outside the club, it was not part of their investigation.