The City of Detroit is filing a lawsuit in federal court regarding its new LED streetlights that were installed as recently as 2016, but some of them are already dimming and burning out and thousands more could fail.

"The neighborhood is not that solid so we need our street lights," said Dennis Paige.

In 2014, millions of dollars were spent on replacing broken lights in the city with state-of-the-art LED lights. The Public Lighting Authority purchased about a third of the city's lights from a California company called, Leotek Electronics USA.

The Lighting Authority spent approximately $4 million to buy the lights, and about another $5 million to install them. But throughout the years, and specifically within the last couple of months, many of Leotek lights were dimming and burning out.

"I think we got it in time, so it's going to mitigate any long-term damage to the system," said Beau Taylor, executive director of the Public Lighting Authority.

FOX 2: "But you're getting complaints from the city that the lights that you spent millions of dollars on -- they don't work?"

Taylor: "Well we found this through a combination of resident complaints and night surveys. We have a number of people out every night, assessing the situation with the lights."

Now the Lighting Authority is suing Leotek in federal court for breach of contract saying that their lights essentially are no good, despite a 10-year warranty.

FOX 2: "Leotek seems to admit in the lawsuit that they were bad lights?"

In court documents, Leotek allegedly admitted to the Lighting Authority in December that the problem with the lights is excessive heat that can burn the lens directly above the LED.  Leotek went on to apologize for the problem and will work to correct it.

"We think we're in a good position. We're going to move forward as if we're just going to fix the lights," Taylor said.

Authorities say that the problem could cost state just under $10 million to fix. But in the meantime the Lighting Authority says if you got a lighting problem, give them a call.

"Just hang tight, if there are any issues like dimming -- it's completely out, give us a call, we'll get our crew out there within five days to take care of the problem just like we've done for the last couple of years."

Fox 2 reached out to Leotek for a comment but they did not respond. 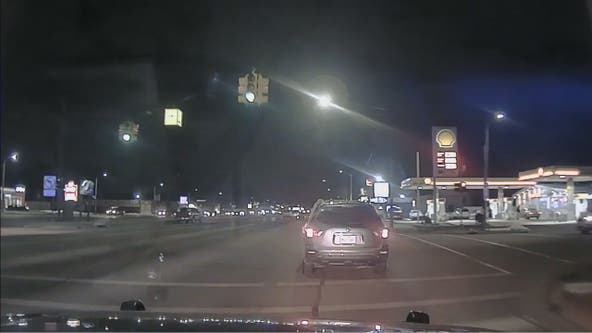