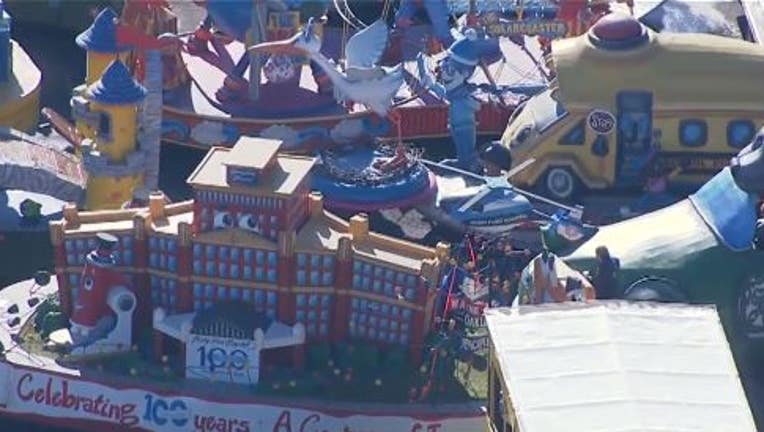 FOX 2 - The Parade Company announced changes for Thanksgiving events like a televised-only parade and virtual Turkey Trot amid coronavirus concerns to keep everyone safe.

America’s Thanksgiving Parade® presented by Gardner-White will be a live televised-only production in the heart of downtown Detroit due to the pandemic.

The Parade Company came up with a new way to continue the 94-year tradition during these unprecedented times. This year’s format is designed to capture the imaginations of millions watching from home and will not have spectators in the compressed footprint.

This year’s parade will honor frontline workers and heroes of the COVID-19 crisis with a theme of We Are One Together.

The Parade Company also announced changes for its annual events like the Turkey Trot and canceling the Hob Nobble Gobble.

The 38th Annual Turkey Trot will take place as a virtual race this year and will not take place downtown. Registration is now open at theparade.org/turkeytrot - runners have the option of the 10K and 5K S3 Turkey Trot and Blue Cross Blue Shield of Michigan Mashed Potato Mile.

The Parade Company’s goal is to make this the largest virtual race in the state. The event benefits the Michigan Thanksgiving Parade Foundation.

Hob Nobble Gobble presented by Ford Motor Company is postponed for 2020 and will return to Ford Field on November 19, 2021. This is The Parade Company’s largest fundraiser of the year.