Detroit Tigers honor vendor who has served for 61 years

Detroit Tigers vendor Amzie Griffin has been a vendor at the team's baseball games since 1960.

DETROIT (FOX 2) - For 61 years, Amzie Griffin shows up at Detroit Tigers games ready to do what he loves.

The Tigers celebrated the 87-year-old's birthday and decades of service Thursday.

Until 1999, when he retired from Ford Motor Co., he worked two jobs, never missing a day. After his retirement, working at the ballgames became his full-time gig, and he said he has no plans of stopping. 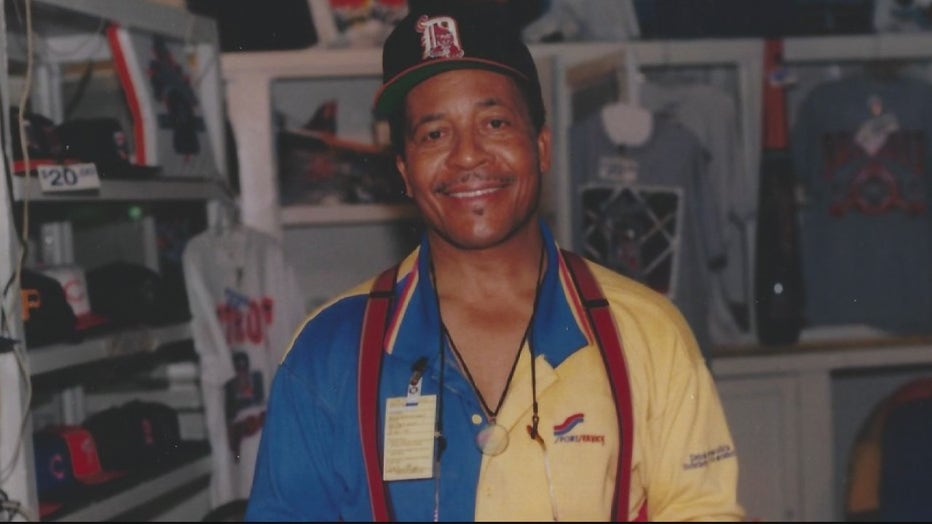 "I just love it. I love that I do," he said. "We get called all kinds of names – ‘oh, those people.’ No, we're not, ‘Those people.’ We are professional vendors and we take a lot of pride in what we do"

Griffin can be found selling hats and shirts at his kiosk in section 141 at Comerica Park.