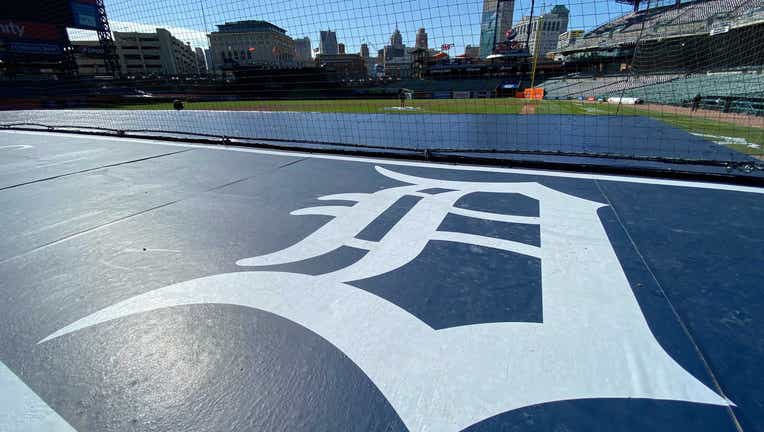 DETROIT (FOX 2) - The much anticipated Detroit Opening Day is almost here, Friday, April 8th. It is the unofficial gateway into any and all outdoor sports and activities, tailgating included, for Michiganders.

The Tiger's first game will be against the White Sox. Here's what to know:

What is Opening Day, and game details?

How to watch Opening Day

If you are not at the game with a front-row seat, you can still watch it from any screen. All televised games will be broadcasted on local regional networks, and can be streamed on MLB.TV.

The 2022 season was actually delayed, with the first two weeks canceled, make-ups are scheduled for the end of the season. The reason for the cancelation, labor disputes, creating no new collective bargaining agreement.

According to the Associated Press, the player’s union initially said they wanted to see a change in the average salary of the players declining, specifically for the middle-class players who felt they were being forced out by teams that were focusing their payroll on either the veteran, well-paid players, or in favor of the lower-paid younger players.

The union was also looking to adjust other eligibility requirements. Management rejected that initial ask, leading to back-and-forth negotiations between Major League Baseball (MLB) and the Players Association.

This meant that the MLB started its first week of the season, without an agreement, and no contracts, no players, or scheduled games. When the collective bargaining agreement expired, the players were then locked out. This of course meant there would not be regular spring training, or Opening Day, until further notice.

Things to do around Detroit on Opening Day

At the center of Opening Day, of course is Comerica Park, the home base of the Detroit Tigers. There are a lot of fun things to do in Downtown Detroit before and after the game, some being held to help those in need.

Detroit Home Opener Festival, is hosting an opening day festival, with Proceeds benefiting Angel’s Share, a nonprofit organization that helps provide hands on-training, and education, to at-risk youth. Event information and tickets can be found on their event page.

Additionally, Comerica Park says they will be welcoming back fans to ‘Detroit’s Biggest Party on Opening Day.’

"The Tigers are excited to host, for the first time, the Miller Lite Opening Day Tailgate in the McLaren Garage Plaza and along Witherell Street," said Ellen Hill-Zeringue, Vice President of Marketing for Comerica Park Tigers.

She also wants to remind fans that all Comerica Park tickets have gone digital, asking attendees to download their tickets, before arriving to the park. Also, along with their annual "What’s New" media event, Comerica Park is announcing 12 new food options.

"Over the years, fans have come to appreciate new and traditional food offerings as a part of their ballpark experience. There will also be additional healthy items located throughout the ballpark," said Hill-Zeringue.

Also, throughout the season, Hill-Zeringue says the park will have games with themed nights and special events, such as Pink Out the Park and the jersey retirement of Tigers legend Lou Whitaker.

For a full schedule of the Detroit Tigers' 2022 season and game info, check out the MLB website.